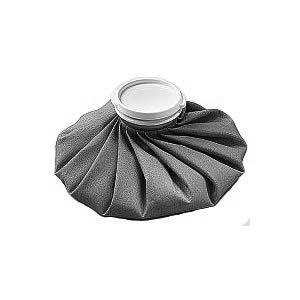 Recently, Michael Mosley presented a programme call Horizon: The Truth About Exercise where scientists put forward the view that all we need is three minutes of intense exercise a week. At the beginning of the programme Mosley learns quickly the first truth about exercise. As he says, ӹou can easily hurt yourself if you are not prepared.Ԝn

He goes to Loughborough University the world famous training ground for Olympic athletes and has a race with hurdler Will Sharman. They decide to have a little warm up contest while all the cameras are being set up.

A trackside camera catches Michael pull up after three strides. There is a shot of him on the floor with a cold pack under his knee. As Will explains that our erstwhile presenter was, Ӯot ready (for it) physically.Ԝn
It is always vital to warm up before you take on any form of exercise.

Many people give up exercising because the pounds are not dropping off and they feel that it is futile effort. As the programme made clear you have to also watch what you eat when you exercise if you want to make it work.

However exercising in itself is good for you even if the immediate benefits are not always apparent.

One of the hidden benefits that the programme showed was how even gentle exercise can improve the amount of fat in your blood.

Exercise helps the body to produce an enzyme called lipoprotein lipase that will help the body process the food you eat. This then reduces the amount of dangerous fat in your system which can lead to health problems such as diabetes and heart disorders.

Michael wants to find an exercise that he can fit into his busy life. The idea of just three minutes exercise a week is an enticing one to all of us.

High intensity training goes against the government guidelines for exercising and seems as the presenter says, Ӵoo good to be true.ӠHe is incredulous that just three minutes exercise a week can make him fitter and healthier.

Basically the premise of this form of exercise is that it activates a greater percentage of the muscle tissue so that it uses up more of your bodyֳ energy.

Surprisingly after just three twenty second bursts of intense cycling our presenter looks like he may need a first aid kit.

We are warned that if you have a pre-existing medical condition to see your doctor before embarking on this form of exercise.

So if you suffer from knee pain or wear a ligament knee support a workout like this one would not help your injury and you should stick to less intense forms of exercising.

Get out of the chair

Whatever the benefits of this form of exercise may be I just hope that the people who watched it realise that they need to exert themselves.

As he says, Ӵhe chair is a killerӠso hopefully, the show will get those that donִ exercise off the sofa and inspire them to get moving.