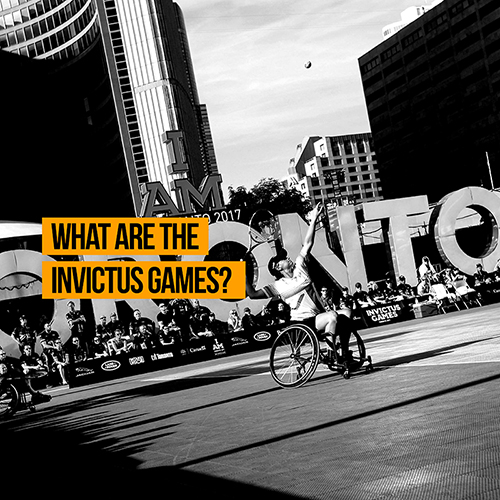 The Invictus Games got under way on Saturday with the commencement of the event’s opening ceremony.

Watched on by the odd royal and/or celebrity, the 2017 Toronto games signalled their beginning at the Air Canada Centre, with spectators and competitors alike eager to get the real action underway.

The 2017 games are the third to take place after the 2016 games in Orlando, Florida and the inaugural games in London in 2014.

What are the Invictus games?

The Invictus Games are a world-wide sporting event that see wounded or injured servicemen and woman, both currently serving and veterans, compete in a set of events in pursuit of gold, silver or bronze!

It’s aimed at giving those who may not feel like they have much left, renewed hope through sport and all the unique benefits that can bring a person. It’s about overcoming the odds and conquering your fears.

In fact, the word Invictus itself is Latin for ‘unconquered’, and it’s that spirit which helps the wounded, injured and ill service personnel achieve everything they can post-injury. 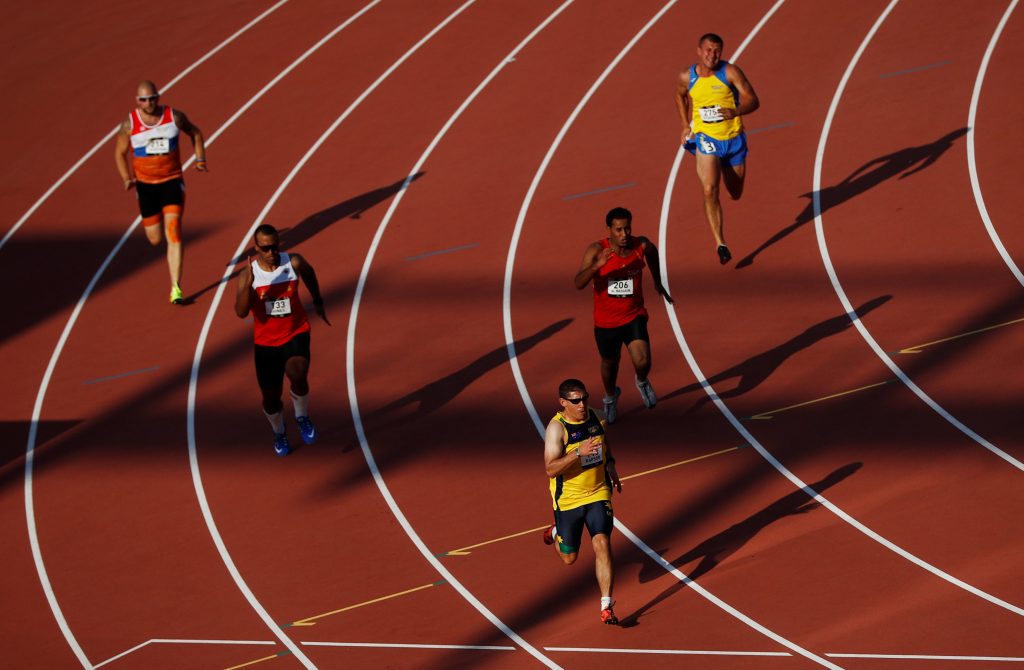 The games were the idea of Prince Harry, who was compelled to create a bigger, better version of the Warrior Games, which he visited in 2013.

Here he is said to have witnessed the power that sport can have on these wounded heroes, be it physically or psychologically.

Taking to the stage at the Opening Ceremony, Prince Harry, who served as a helicopter pilot in Afghanistan, summed up why he felt the need to start the games and raise awareness of the sacrifices made by servicemen and women.

“As I was waiting on board the plane, the coffin of a Danish soldier was loaded on by his friends,” said the 33-year-old Prince.

“Once on the flight, I was confronted with three British soldiers, all in induced comas with missing limbs and wrapped in plastic.

“The way I viewed service and sacrifice changed forever and the direction of my life changed with it.

“I knew it was my responsibility to use the great platform that I have to help the world understand, and be inspired by, the spirit of those who wear the uniform.”

As the games come to Canada, they coincide with the 150th anniversary of its Confederation, which will provide Canadians with the unique chance to commemorate the ill, wounded and injured soldiers.

While the vast majority of those covering the games leading line will be about Harry’s new girlfriend, who on a TV show apparently, we’re going to focus on the sport!

Archery – Archery in the Invictus games is fully-integrated, meaning is is played by able-bodied competitors and those with varying physical disabilities alike. Competitors are able to shoot from a standing or sitting position. 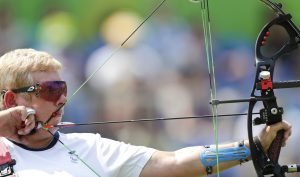 Driving Competition – The driving challenge involves two participants from each nation displaying teamwork and communication to navigate the designed Invictus courses. Vehicles re driven through precision gates, and while speed is important, accuracy counts.

Golf – Invictus golf doesn’t stray too far from the original product. Eighteen holes are played and the player with the lowest score wins. This adaptive golf incorporates various modifications for competitors with physical or cognitive disabilities.

Indoor Rowing – Taking place on an indoor machine simulator mimicking the actions of watercraft rowing, indoor rowing is an integrated sport, catering for the needs of varying disabilities. This sport focuses on speed, power, endurance and synchronisation.

Paralympic Athletics (aka track & field) – Probably the most instantly recognisable event(s) in the competition and the staple of any athletics competition. Competitors are sorted according to their functional classification and compete in track events, field events like the multiple throwing events. Not only are their individual events, but relays too.

Paralympic Swimming – Swimming is one of the best and longest standing sport for competitors with disabilities and is hugely popular during events such as the Paralympics. 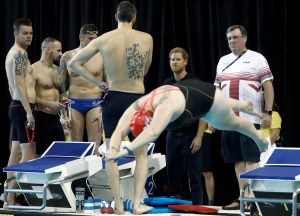 Powerlifting – Lifters compete by weight class as they bench press by lying on bench with head and body (including buttocks) touching the bench and lowering the bar to their chest. Once the bar is motionless, competitors must press upwards until their arms are straight and hold the bar still until the referee gives the signal. Competitors are given three tries for each lift.

Road Cycling/Road Para-Cycling – Bicycles, tandems, recumbents, and handcycles can be used in road cycling events. In the Criterium, cyclists begin together and complete several laps over a set time period. First across the finish line wins. In the Time Trial event, athletes start individually at set intervals.

Sitting Volleyball – Similar to traditional volleyball, players hit the ball over the net with the objective of landing it in the opposing team’s half of the court.

Wheelchair Basketball – Wheelchair Basketball is similar to the stand up version with a few exceptions – the competitors must throw or bounce the ball after every two pushes of the wheels on the chair, otherwise they will be penalised for travelling. The size of the court and the height of the net is the same as in able-bodied basketball.

Wheelchair Rugby – Wheelchair rugby is a team sport played indoors on a hardwood court. Competitors play in wheelchairs, and their objective is to score the most goals by carrying, dribbling, or passing the ball toward the opponent’s end. Contact between wheelchairs is allowed and players frequently collide as they attempt to stop their opponents and take control of the ball. Players gain points by touching the goal line with two wheels while in possession of the ball. The sport, nicknamed ‘murderball’, is not for the faint hearted!

Wheelchair Tennis – Much like traditional tennis, but players use a wheelchair to travel around the court. The court itself and the rules remain the same at the stand-up version, expect that the ball can bounce twice before being returned. At the Invictus games, wheelchair tennis is played in a doubles format. 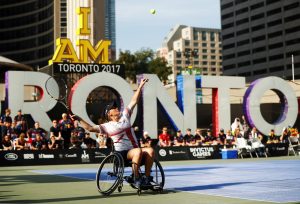 If you’d like to learn more about preventing, treating or coping with injuries, why not head on over to our site and check out some of our endless injury info!!

If you’re in the UK, you can watch ongoing coverage of the Invictus games live on the BBC or on iPlayer.