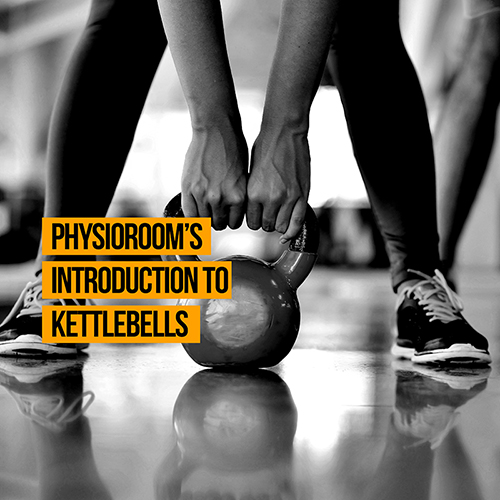 Aptly named due to its similarity in appearance to some sort of old-school cast iron kettle, the kettlebell is a workout tool that can trace its roots all the way back to 18th century Russia and the circus strongmen that used them.

Fast forward a few hundred years and you will have definitely happened across these initially odd-looking tools at the gym, and that’s because kettlebells have quickly become an essential tool for building functional strength, be it for a professional MMA fighter or someone who’s can barely make it off the couch.

When you perform strength exercises using a barbell, such as a bicep curl, bench press or upright row, these movements are more often than not isolating specific muscles, with maybe the odd secondary muscle group as a bonus.

Perform the same movements with a kettlebell on the other hand, and you have yourself a more dynamic workout that will not only benefit the muscles the exercises traditionally target, but it will work your core too.

That’s because they’re ‘unstable’. When you perform movements with a kettlebell, the weight is unattached or unfixed, meaning a movement as simple as holding it aloft forces your core muscles to stabilise your body while you’re holding it.

Combine this with specifically developed exercises and you have yourself a full-body workout tool.

Kettlebells offer the best of both cardiovascular and strength training due to the explosive, ballistic nature of many of the exercises performed.

The compound nature of the majority of the exercises also means that with kettlebell workouts, less time is required actually in the gym as a multitude of muscles are worked simultaneously.

In short, kettlebell workouts are a cost, time and energy effective way to train without the hassle of changing weight plates or the monotony of limping around on a treadmill for hours on end.

Ready to up the ante? Try our intermediate workouts.

Ok then show off, let’s see what you’ve got!