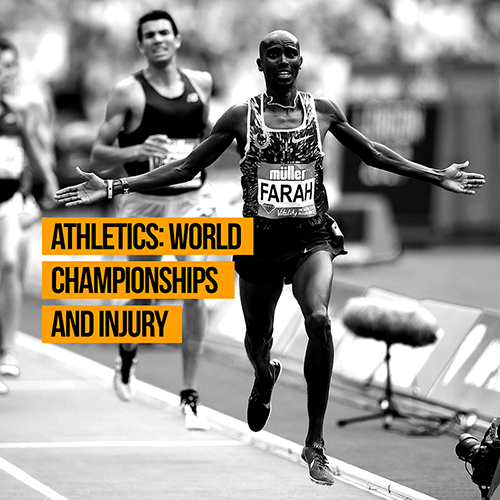 The World Athletics Championships got under way on Friday, and with them comes the last chance to ever see Jamaican sprinting legend Usain Bolt and distance running great Mo Farah in action at the elite level.

Both look set to retire at the end of this season, closing the curtain on an era in athletics that thanks to the London Olympics, is at the forefront of the British consciousness. An era in which they were able to record a haul of 28 world and Olympic titles between them.

Bolt will look to sign off with a flourish despite only being the seventh fastest man over 100m in 2017.

The gangly Jamaican has a storied history of turning it on in the big events however, and given his decision to omit himself from the 200m competition, you can bet Bolt is focussed on taking home gold in his big farewell.

There’s no such luxury for Farah meanwhile, who headlines the opening day of the competition in the 10,000m final on Friday night before the 5,000m final next Saturday, assuming he makes it.

The 34-year-old plans to move his focus toward the marathon after these championships, something he’s been unable to do full-time because of the risk of injury.

The nature of many disciplines in the track and field world means repetitive stress injuries are always a possibility.

It’s easy to think that only applies to distance runners, but taking in to account training all-year round, anyone is susceptible, be it sprinters, long jumpers or hammer throwers.

PhysioRoom is going to run you through a few of the most common injuries sustained in track and field and give you a little advice on how to prevent and treat them.

Before we do though, there’s some big hitters who’ll actually miss this year’s competition through injury, they are:

Greg Rutherford – The 2012 long jump champion was part of ‘Super Saturday’ along with Jessica Ennis-Hill and Mo Farah in 2012, but the 30-year-old has struggled with ankle problems.

Rutherford said: “Most recently, a badly damaged ankle ligament and a sportsman’s hernia really put paid to my plans. The injuries have taken longer to heal than we hoped and I have been unable to even jump at all in training, let alone compete.”

Andre De Grasse – De Grasse was considered Usain Bolt’s main rival for the 100m crown but was forced to pull out after a hamstring tear.

His manager, Paul Doyle said: “We tried to do everything we could to have him ready but he’s just not going to be ready. Further MRI results showed it’s probably going to be another four to six weeks before he’s fully recovered. So unfortunately he’s out of the 100m, 200m and the relay and done for the season.”

David Rudisha – The 800m conqueror wowed fans in London with his display to win gold, but the Kenyan will miss out with a pulled quad this time around at the London Stadium.

Rudisha said: “I was trying to engage more speed. In the process I put my muscle under [more] intense stress than when doing normal mileage. I damaged my quad and this saddens and disappoints me a lot.”

“We thought it was going to take a few days before recovery. But it’s taken longer than expected. When we went for an MRI scan they found that fluid was coming out of the muscle.”

Now, let’s get to the injuries…

Plantar Fasciitis can be diagnosed by a doctor or physiotherapist, if pain is present on touching the affected area, and/or on stretching the Plantar Fascia (by pulling the toes up). The diagnosis of Plantar Fasciitis can be confirmed on an ultrasound scan, when the fascia has a thickened appearance. In a small number of cases of heel pain, that fails to respond to normal treatment, it may be necessary to get an x-ray to rule out other conditions such as a bony spur on the heel bone or a fracture of the heel bone.

Inadequate footwear is often implicated in Plantar Fasciitis. Shoes should provide adequate support for the foot. Unsuitable footwear can increase strain of the Plantar Fascia and lead to the development of inflammation.

Insoles that support the arch on the inner side of the foot can be helpful for limiting excessive pronation and relieving stress on the Plantar Fascia and Achilles tendon.

Perfect for Plantar Fasciitis are Enertor Insoles, endorsed by none other than Usain Bolt himself. To find out more about the benefits of Enertor insoles, read our blog.

Plantar Fasciitis is inflammatory in nature and the key to successful treatment is to determine what is causing the inflammation and address this problem. In most sporting individuals the cause is overuse and the most important advice is to allow adequate rest, to take the strain off the Plantar Fascia and allow the affected tissues time to heal. The Aircast AirHeel can be very effective in the treatment of Plantar Fasciitis. The AirHeel reduces strain on the Plantar Fascia and applies pulsating compression with every step to help reduce swelling and discomfort, and enhance circulation.

IlioTibial Band Friction Syndrome is so prevalent in runners that it is commonly known as ‘Runner’s knee’. It affects up to 10% of all runners at some stage.

Typically there is pain located on the outerside of the knee joint. This pain may radiate up the thigh or down the outerside of the shin and is exacerbated by running. Usually, the knee pain from Runner’s Knee is only present during activity and settles when the person rests. However, in some cases it can also be extremely uncomfortable going up or down stairs.

Runner’s Knee is an overuse condition that is aggravated by excessive training. Make sure that you gradually increase your training load  there should be no sudden increases in workload as this can overload the tissues. Tightness in the IlioTibial Band has been implicated so stretching the Gluteus Medius and Tensor Fascia Latae muscles may be helpful as a preventative measure.

Because Runner’s Knee is inflammatory in nature, then ice packs and Non Steroidal Anti Inflammatory medication (NSAIDs) prescribed by your doctor are effective in the early stages.

Physiotherapy treatment is very effective in alleviating Runner’s Knee. Once the inflammatory soreness has been resolved a physiotherapist will assess posture and lower limb alignment in order to give specific stretching and strengthening exercises to treat the underlying cause of the problem.

You can also try the Ultimate Performance Ultimate Runners Knee Strap. The multi-purpose knee strap uses a combination of upper, lower and side compression to combat pain and discomfort in the knee, while giving the wearer support and protection against further injury.

With its adjustable straps, this corrective support can be worn on the left or right knee to tackle quad mis-alignment. 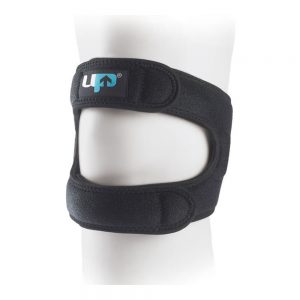 Shin Splints is a common term for pain in the shin region. It can be a misleading term and most sports medicine professionals try to avoid using it. This is because shin pain and ‘Shin Splints’ can be due to several different conditions. One of the most common shin conditions that gets labelled ‘Shin Splints’ is Medial Tibial Stress Syndrome.

The amount of stress being placed on the shins can be minimised by wearing good quality, supportive running shoes with shock absorbing insoles. It is possible that some cases of Medial Tibial Stress Syndrome could be prevented by correcting problems such as flat feet (excessive pronation) with arch supports.

Most patients respond well to treatment with a chartered physiotherapist. This involves rest, strengthening and stretching exercises, followed by a gradual return to running after symptoms subside. In order to help prevent recurrence of the condition, a bio-mechanical analysis (an analysis of posture at rest and during walking and running) is very useful.

For example, a common cause of the condition is excessive pronation during running. This would be identified during bio-mechanical analysis and corrected with arch supporting insoles.

Many people find that a Neo G Calf/Shin Splint Support is useful in alleviating shin pain. Featuring three adjustable straps to allow for an individual fit and comfort, the Neo G calf/shin support provides dynamic compression and support to the entire calf. 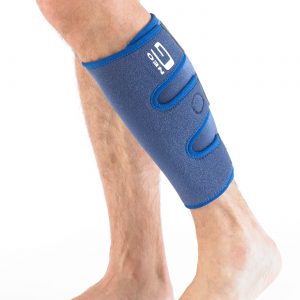