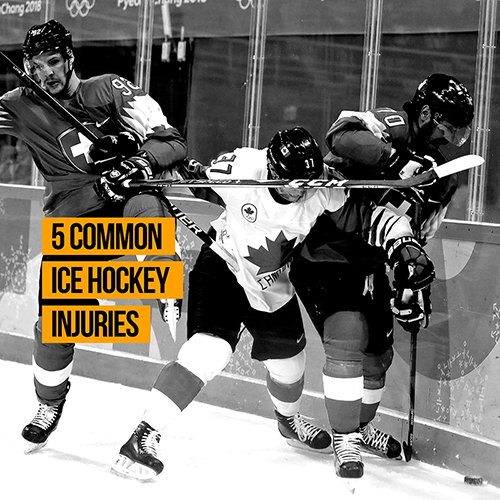 Winter Sports are very much in at the moment in the UK thanks to the Winter Olympics, and none more so than Ice Hockey.

Here at PysioRoom, we have form for keeping an interest in Ice Hockey, following our link-up with the GB Ice Hockey team last year, and we’ll of course be cheering the entirety of Team GB as they continue to compete in the games in Pyeongchang.

But whether you’re a new comer looking to try out the sport, or whether you’ve been a fan of the NHL and the Elite Ice Hockey League in Britain for years, it’s always worth knowing more about the potential risk of injury involved.

That’s why we’re going to run you through five common ice hockey injuries players are likely to suffer while competing. Join us, won’t you…

An AC joint sprain refers to damage to the ligaments of the joint. The AC joint ligaments are most commonly damaged through a fall onto the tip of the shoulder, although during Hockey this force may come from a collision with an opponent in a tackle.

Shoulder bracing and taping can reinforce the ligaments of the AC joint. Many Hockey players find that the reassurance provided by a shoulder support can also be helpful. However, because of the collision nature of the sport, it is impossible to totally prevent these injuries.

In the initial stage of the injury pain-relieving medication is helpful. Ice packs should be applied to the injured shoulder for 20 minutes every two hours (never apply ice directly to the skin).

A chartered physiotherapist can apply a taping technique, which will push the collar bone downwards, and in more severe AC joint sprains the shoulder may be put in a sling and rested. In more minor AC Joint sprains, where there is only a small amount of ligament damage, it may be possible to resume hockey activities in 7-10 days. 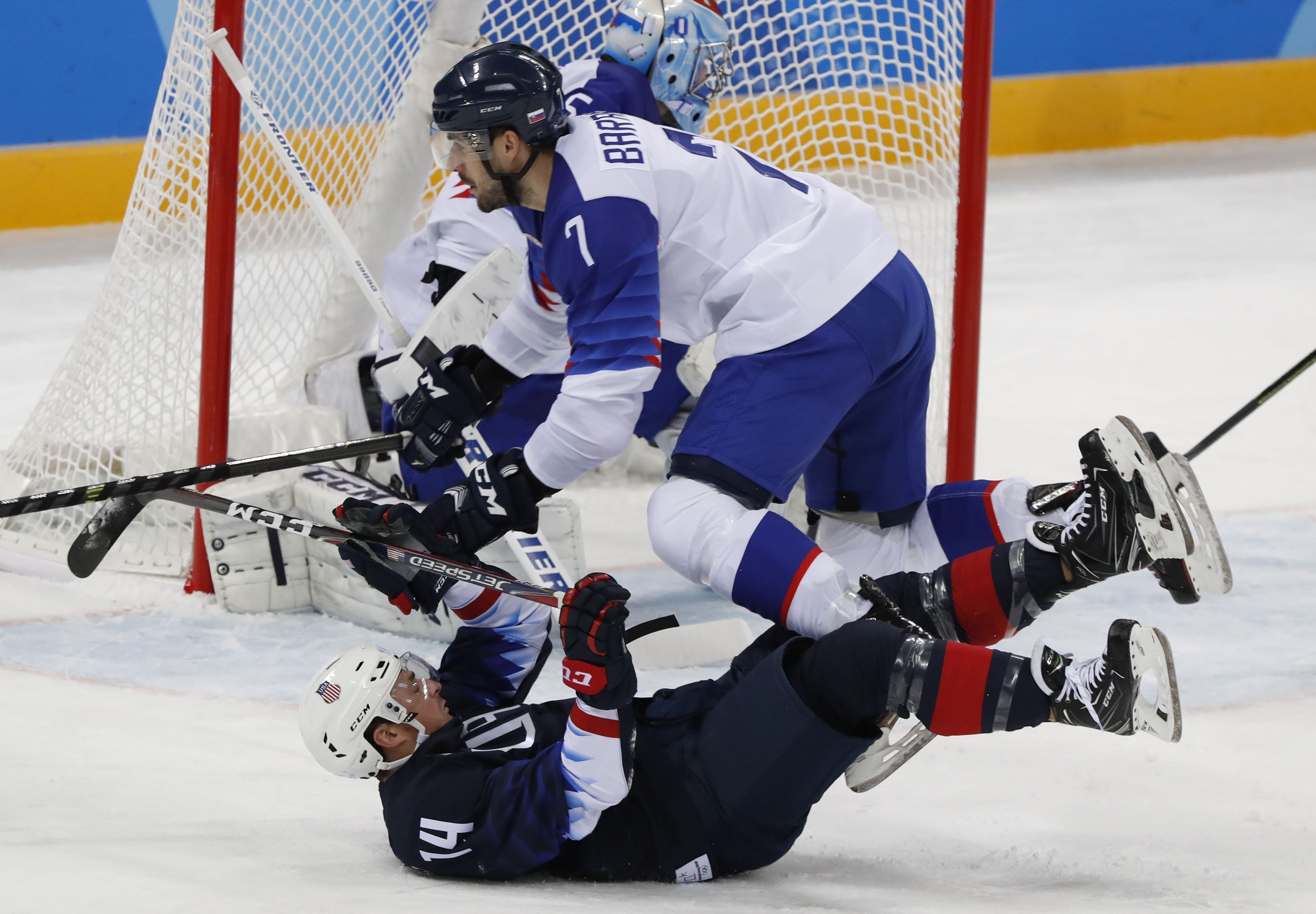 The Medial Collateral Ligament is the knee ligament located on the inner side of the knee joint. It links the thigh bone and the shin bone. A knee ligament injury is referred to as a sprain, and this knee injury can occur if the knee is twisted or subject to force from an opponent during sport.

You can’t do a lot if a fellow player decides to throw their weight against your knee. Passing the puck earlier is probably the best advice that can be given. In the case of someone who has had a previous medial ligament injury there may be a slight weakness, but there are measures that can be taken to help prevent a recurrence such as wobble board exercises. A knee support can also provide increased knee stability and reassurance following previous knee injuries.

In the initial stage of all three levels of injury medication prescribed by a doctor for pain relief should be taken if necessary. The PRICE protocol should be followed – Protection, Rest, Ice, Compression and Elevation (never apply ice directly to the skin). The knee should be rested in an elevated position and cohesive bandage (which sticks to itself) should be used as a compression bandage to help prevent excessive swelling.

In the case of a first degree sprain, sporting activities should not be undertaken for about three weeks.

For second degree sprains, the rehabilitation period will be between six and eight weeks. Rehabilitation under the supervision of a chartered physiotherapist is desirable to prevent a recurrence of the injury, which can be common if a return to sport is attempted too early.

In the case of a third degree sprain, where the ligament is completely ruptured, the treatment of choice is surgery to repair the structure. The type of reconstruction used will depend on the exact site of the damage and the preference of the surgeon.

Many people find that using a knee support can be very helpful if they have suffered an MCL injury. The brace supports the knee and takes the strain off the ligament during the early stage of injury.

A Groin Strain is one of the most common injuries in any sport, not just hockey. The term describes a strain of the Adductor muscles that are located on the inside of the thigh.

The injury usually occurs when the muscle is forcibly stretched beyond its limits and the muscle tissue tears. A tear in a muscle is referred to as a strain and, depending on its severity, is classified as a first, second or third degree strain

In the case of a grade one groin strain the signs may not be present until after the activity is over. There may be a sensation of cramp or tightness and a slight feeling of pain when the muscles are stretched or contracted.

A grade two groin strain causes immediate pain which is more severe than the pain of a grade one injury and produces pain on walking. It is confirmed by pain on stretch and contraction of the muscle and is usually sore to touch.

A grade three strain is quite rare in the adductor muscles. There is an immediate burning or stabbing pain and the athlete is unable to walk without pain. In the case of grade two and three injuries, a large bruise will appear below the injury site after a few days – this is caused by bleeding within the tissues.

Warm up prior to matches and training is thought to decrease muscle stretch injuries because the muscle is more extensible when the tissue temperature has been increased by one or two degrees.

The immediate treatment for any muscle injury consists of rest, ice, and compression. Ice packs can be applied for periods of twenty minutes every couple of hours (never apply ice directly to the skin as it can cause an ice burn). The ice packs relieve pain and reduce bleeding in the damaged tissue. This can help to reduce the injury rehab time. 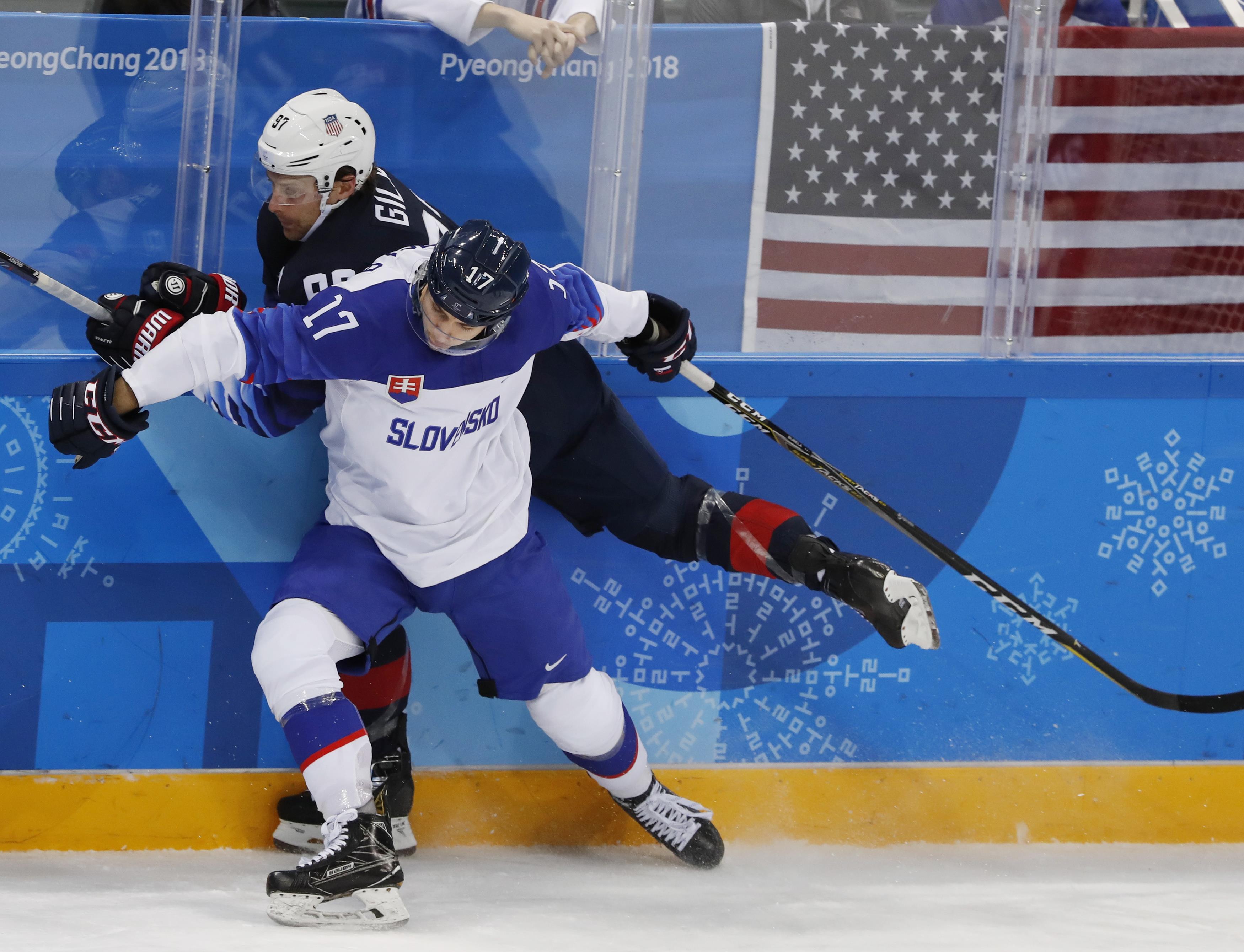 Typical sprained ankles aren’t too common in hockey due to the ankle being protected inside the skate. But a High Ankle Sprain refers to ligament damage at the joint between the shin bone (Tibia) and splint bone (Fibula), which remains unprotected. This joint is referred to as the Ankle Syndesmosis.

In the case of a high ankle sprain, the injury can be caused when the skate gets stuck in the ice or against the boards and the foot twists outwards.

Ankle instability is characterised by ankle weakness and giving way, even though the ankle ligaments are intact and the joint is mechanically stable. It is due to an impairment of proprioception, which leads to a lack of balance and ankle joint position sense. This system, when all is well, can help you ‘catch yourself’ somewhat when you are about to turn your ankle.

The wobble board together with ankle braces are commonly used in the rehabilitation of ankle instability. Wobble boards are designed to assist the re-education of the proprioceptive system by improving sensory receptor function

You can also of course tape up the ankle.

In the first 48-72 hours following the injury it is important the follow the PRICE protocol: protection, rest, ice, compression and elevation (never apply ice directly to the skin). Ice packs for a period of twenty minutes every couple of hours may help with the pain but pain-relieving medication may also be necessary. The Aircast Ankle Cryo/Cuff is the most effective method of providing ice therapy, whilst protecting the injured tissues from further damage, and is the professional’s choice.

If a higher grade of sprain, surgery may be required.

Concussions are probably the most common but least reported injury that one can sustain one the ice.

These injuries are usually due to a fall or a collision, but contrary to what you may have been led to believe, a concussion doesn’t necessarily have to be the result of a knockout blow. It can happen from even glancing blows from a stick or a stray elbow.

Symptoms can include headaches, nausea, dizziness, balance issues and mood changes, among others. These may persist anywhere from a few days to several months.

It’s important to see a health professional as soon as possible if you think you may be concussed.

The research evidence on the effectiveness of helmets, which are obviously required in ice hockey, in the reduction of injury is mixed. During low velocity collisions in adults they have been shown to reduce the incidence of minor concussions. However, at higher velocities their use has not been so effective, as the energy and trauma is often transmitted to the spine, where injuries are just as catastrophic.