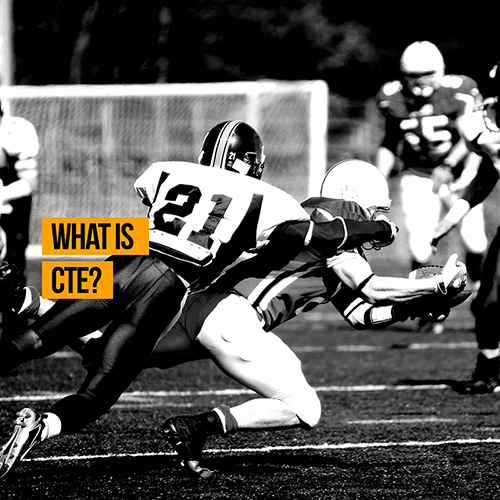 With the Super Bowl approaching the NFL is once again front and centre of the sporting world. In this week’s PhysioRoom blog, we take a look at the brain injuries that eventually may threaten the very nature of the sport…

To some, Sunday’s NFL extravaganza between the New England Patriots and the Atalanta Falcons, signifies the culmination of a long campaign, the climax to a hard-fought season contested between the two teams who played the hardest, for the longest.

But to others, Super Bowl 51 is the end of a whirlwind, a welcome closing of a 17-week plus season that keeps the American people, and more around the world transfixed in a stupor of hard tackles and brutal hits.

If you’re even a casual fan of the NFL, you may have heard of CTE and the way in which it’s leaving many former NFL players with long-term brain damage, and therefore a significantly poorer quality of life in their later years.

If you haven’t, let us here at PhsyioRoom.com give you a quick breakdown of the whats, whys and hows of this ever-increasing epidemic that is plaguing those who step on to the grid-iron.

CTE or chronic traumatic encephalopathy is a progressive, degenerative disease which affects the brains of people who have suffered repeated concussions and traumatic head injuries.

For some time, the thinking was that CTE was limited to those competing in combat sports such as boxing, and was referred to as ‘dementia pugilistica’.

But as high-profile cases among deceased NFL players have begun to prove the existence of CTE in American football players, the definition has shifted to encompass anyone who competes in contact sports, as well as anyone in a profession who may risk head injuries.

CTE is a condition that persists over a number of years or decades and will affect a sufferer until their eventual death.

The brain of someone stricken by CTE gradually deteriorates and over time will lose mass, with certain areas of the brain being prone to atrophy.

Another aspect of the disease is that certain areas of the brain can suffer from an accumulation of tau protein, which is a substance that stabilises the cellular structure in the neurons but may cause major interference with neuron function due to becoming defective.

Why are NFL players getting it?

This one probably goes without saying, but we’ll say it anyway. The velocity at which NFL players smash in to each other on the field is bone-shaking, you check out any ‘NFL hits’ video to see that.

The padding NFL players wear has somewhat lulled them in to a false sense of security and made them have a more reckless attitude towards hitting and being hit.

According to Timothy Gay, author of The Physics of Football, a defensive backs mass combined with his speed – the average time for a 40-year dash for DB’s is 4.56 seconds – can produce a tackling force of an incredible 1600 pounds.

When you consider that sort of force can be inflicted upon someone several times a game, it lets you know just what NFL players are going through on a weekly basis, and how that sort of exposure to trauma cannot be healthy and is inevitably going to have long-term repercussions.

It’s not been until recent years that those repercussions have started coming to light. Now, concussions have never been more in the spotlight, and current players are speaking out and some are even retiring.

Last year one of those players, Buffalo Bills line-backer A.J. Tarpley who was just 23 at the time, retired from the professional game and said he was “walking away from the game I love to preserve my future health.”

When you see the statistics, you can’t really blame him.

Especially when you consider the results of a study conducted by the Department of Veterans Affairs and Boston University. They discovered that an incredible 87 out of 92 former NFL players who donated their brains to the research, posthumously tested positively for CTE.

It was also found that 131 of 165 brain tissue samples from those who played football at any level before their death, be it high school all the way up to the NFL, tested positively for signs of CTE.

There’s something very important to note when it comes to CTE however, and that is the fact that it can only be definitively diagnosed after death, meaning players have to agree to donate their brain for study. The problem with this being players experiencing symptoms are far more likely to donate theirs than someone who isn’t. The link between CTE and the NFL is undisputed, but worth noting nonetheless.

What can be done?

To diagnose CTE, it requires in depth examining of the brain with a microscope, meaning unfortunately that scientists can’t accurately tell whether living football players have the disease.

A new, seven-year, $16 million study by the Boston University School of Medicine that includes 240 men between the ages of 45 and 74 aims to tear down that stumbling block. The goal being to identify CTE risk factors and to develop a test that can diagnose living players.

In all the study will involve and examine 120 former NFL players, as well as 60 former players from the college level. Another 60 men who have never been involved in contact sport or have never incurred brain injuries will also be tracked and compared to the former football players.

The tests are aiming to find bio-markers in blood, saliva, spinal fluid and brain scans that could signal changes in the brain related to CTE. These markers are needed to reach a consensus for an agreed upon method for diagnosis.

What are the NFL doing about it?

The NFL as an organisation didn’t publicly acknowledge or admit the link between the sport and CTE until May of 2016, also pulling funding away from an important study in to brain injury. Bad feeling has developed between former players and the NFL also, with players suing the NFL for hiding brain injury dangers from them in 2015.

Earlier this season however the league announced a $100 million initiative to do more to examine and lessen the effects of concussions and CTE. A figure that at a glance seems to signal progress but it’s when you receive some context that you realise they could be doing more.

In all it amounts to a five-year commitment, with $8 million a year going towards research on CTE while $12 will fund research in to creating a safer helmet.

Now that context: At $20 million per year, the NFL have committed less funding towards the health and safety of their players in the face of a genuine crisis than at least 10 teams in the NFL pay their starting Quarter-Back.

In 2015 the NFL itself made more than $12 billion in revenue. Add that to the fact that the value of the 32 teams in the league combined sits at somewhere above $50 billion, and you have an initiative that is the equivalent of 0.16 of overall revenue.

At the end of the day, the NFL is very much a business, but owners and the league may need to realise that if they keep using up and discarding human beings as they have been doing. Then there may not be much of a business left to run sooner rather than later.