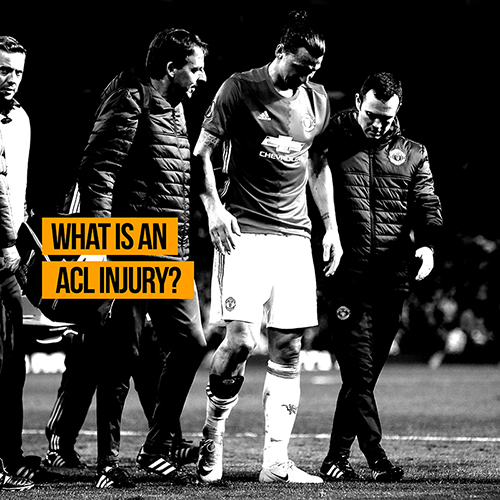 With the news that Zlatan Ibrahimovic, as well as Marcos Rojo, have suffered ‘serious ligament damage’, knee ligament injuries are back at the forefront of the injury landscape.

This one is especially significant as Ibrahimovic is set to miss, according to reports, eight to nine months with the injury, which brings in to serious doubt not only his future at Manchester United, but his very playing career.

The real fear is that it’s thought Zlatan may have torn not only his ACL but could have damaged his posterior and medial ligaments, which we’ll go in to soon.

Even at the grand old age of 35, it still comes as a surprise that the Swede has succumbed to this, the grimmest of football injuries. For someone who’s limbs are seemingly untroubled by the mere laws of physics as they fly and bend in all directions to control balls and score goals, it’s a reminder that even those best prepared may very well get a serious injury at some point.

But what is the ACL? We hear so much about knee ligament injures, ACL’s, MCL’s, LCL’s, one doesn’t know where to start.

So why don’t we break it down for you…

What are the Knee Ligaments?

First of all, let’s look at the actual composition of the knee and how it looks with a torn ACL: 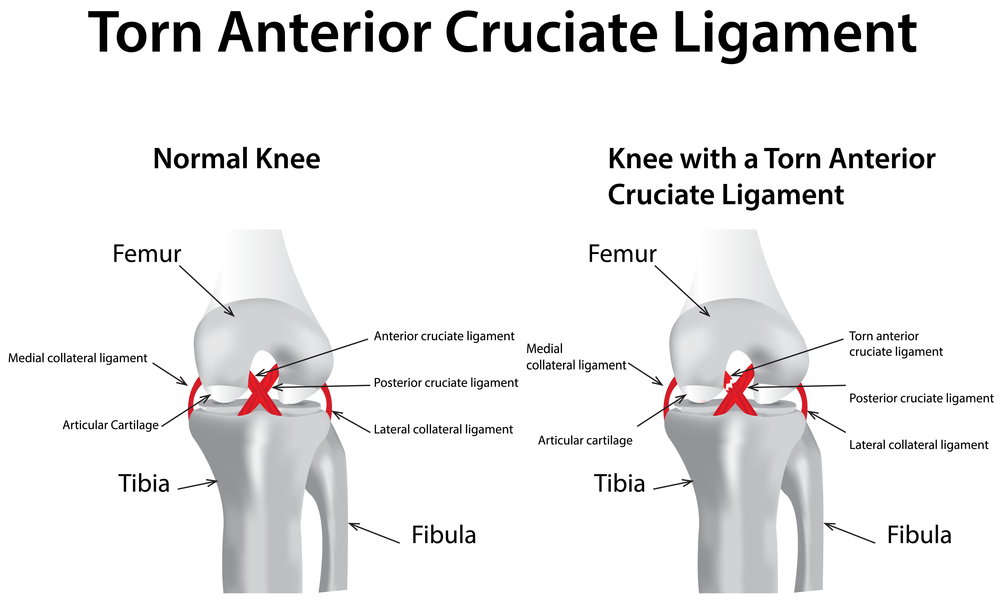 There are four ligaments in the knee that are prone to injury, which are as follows…

Anterior Cruciate Ligament (ACL) – The ACL is one of the two major ligaments in the knee. It connects the thigh bone to the shin bone. Around one fifth of knee injuries in sport have some affect on the ACL.

Posterior Cruciate Ligament (PCL) – The posterior ligament is just that, behind the ACL and is the other major ligament in the knee, also connecting the thigh bone to the shin bone.

Medial Collateral Ligament (MCL) – The medial ligament connects the thigh bone to the inner side of the shin bone.

The clue for both collateral ligaments is in the name. Because of the amount of force that is required to damage the ACL it is not uncommon for other structures within the knee such as the meniscus or medial ligament to also be damaged. 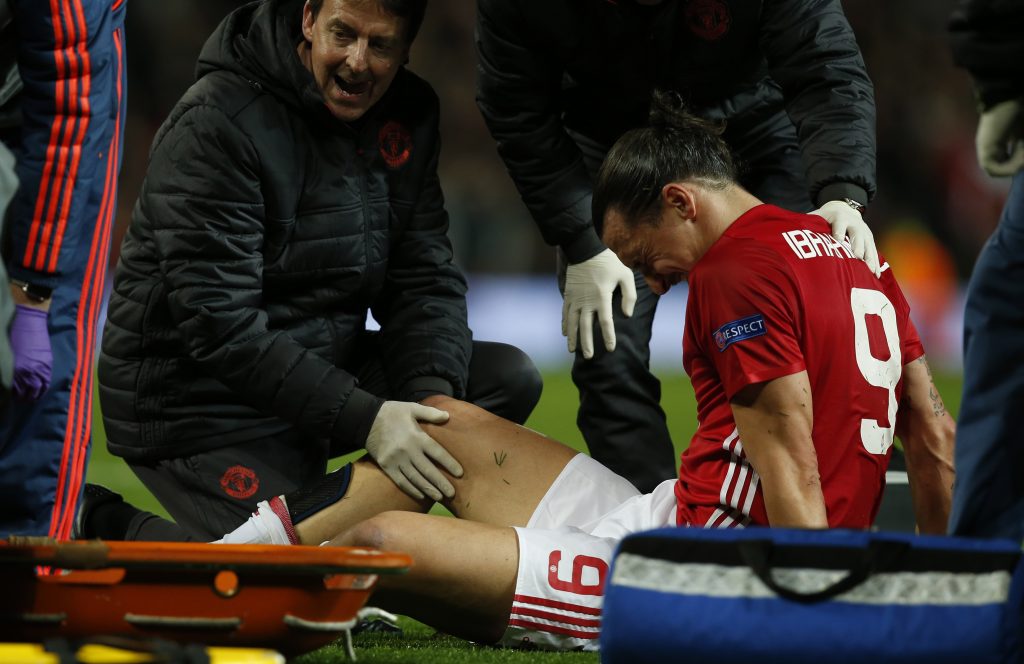 Why are Footballers Susceptible?

To figure this out, let’s look at some of the most common ways an ACL injury can occur:

When you look at some of the ways an ACL injury can occur, it’s almost as if you’re describing the movements a football player must go through each and every game dozens upon dozens of times.

When you damage the ligament and lose that stability, well….it’s going to hurt. At the moment of injury the person may experience a snapping sensation deep within the knee joint. There will be pain, proportional to the force and degree of damage to other structures within the knee joint. As previously mentioned, the MCL and menisci (cartilage) are often damaged together with the ACL.

The reason the person is unable to carry on is that the restraining function of the ACL is absent and there is excessive rotation and forward movement of the shin in relation to the thigh, making the knee joint unstable. After a couple of hours the knee joint will become painfully swollen due to what is called a haemarthrosis (bleeding within the joint). This swelling provides a protective function by not allowing the person to use their knee but, if it persists, it can cause complications during the rehab.

How can you Prevent an ACL?

Research by Dr Donald Shelbourne, a world expert on ACL injuries, has shown that there is a relationship between the size of the ACL and injury. Specifically, if you have a small ACL then you are more likely to suffer an ACL injury. Obviously you can’t do much about the size of your ACLs, we’d recommend proprioception training using a Wobble Board, as well as avoiding sport when you are in a fatigued state as this can increase the risk of injury.

This option is also more likely for more sedentary individuals. In the case of individuals who are involved in a high level of sport where a degree of instability is functionally unacceptable, then ACL reconstruction knee surgery is the surest way to restore normal function.

A Knee Support can restore a degree of knee joint stability, preventing the feeling that the knee is going to give way’. Together with physiotherapy treatment, a Knee Support can be perfectly sufficient in less active individuals. A knee brace is also helpful in more active individuals, who decide to have ACL reconstruction knee surgery. Modern knee braces provide stability without compromising knee movement, so can be used during rehabilitation and on return to sporting activities.