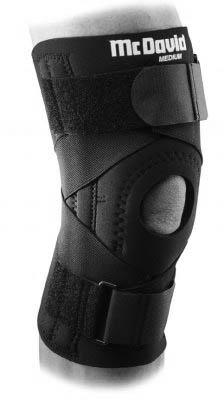 Having kicked a ball ever since I could stand up, the following blog chronicles my journey through ripping my ACL ligament and subsequent knee surgery and time away from my beloved game.

I will hopefully shed some light on what I went through to help others all the way to turning my injury into something positive.

Over the last four years I have played on a Saturdays and Sundays, mostly for a local team called Jagex FC. Although not the most technically gifted of teams, theyֲe exactly the type of people you want to spend wet Sunday mornings and share a pint with. Every squad member always had a positive outlook (even when getting beaten like a League two reserve side playing Barcelona), was always encouraging, and there was not a malicious bone in the squad. This showed in the previous season when we had only one yellow card, and this was hotly debated as to whether it was a slip or a բadՠchallenge (we still maintain our player doesnִ have the coordination to purposely put in a bad tackle!).

Personally I was employed in the Kevin Davis/Emile Heskey role, although I preferred to think of myself as a Fernando Torres (before he was a blue and when he was actually good).

Over the last few years I helped as much as I could with the organisation of the team when our Captain/Manager/Club Treasurer/Club Secretary wasnִ around (or so hung-over he couldnִ move). This made what was about to happen even harder, having built up a connection to the team and the lads which made the game on Sundays the highlight of my week (much to my girlfriend’s displeasure).

The 2010/11 season ended with Jagex mid-table, with our sparkling early season form changing for the worse with the weather. I ended the season with a not too shabby 30 plus goal total, something I thought (with a lot of luck and penalties) I could better in the 2011/12 season. 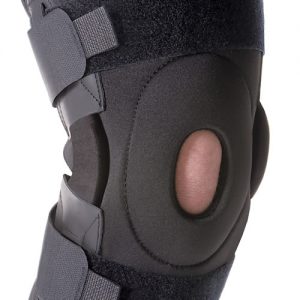 It was a pre-season friendly against the Cambridge City Crusaders (C3) on a Wednesday evening in late August.

A sun drenched 3G pitch was ready for the fixture that would set us off to a flying start to the season. I had been looking forward to this game all week; not only do C3 put up an epic battle every time we play them, they were my Saturday team last season and a really nice bunch of lads.

We kicked off and Jagex FC (my Sunday team) as usual started sluggishly, but gradually grew into the game, I managed to throw my body in the direction of the ball and flick the ball into the net. I thought Ӵhat it’s time to bag a few tonightӮ

On the next attack I was one on one with the goalkeeper, defenders well behind me. The goalkeeper came rushing out, I pulled back and side footed the ball past him. The visions of glory and a match winning goal flashed past my eyes. As I was celebrating in my head, it was then I noticed the ball had gone wide. It was then, having side footed the ball, I planted my foot (at a slight outward angle) only to experience something I had never been through before in my footballing career.

My knee twisted in the opposite direction to that which the momentum of my body was taking me. I felt an incredibly sharp pain shoot through my knee.

Having experienced all sorts of bumps and bruises from football over the preceding 20 years, for some reason I knew this was bad. The knee ballooned up instantly and looked bruised; I later found out this was the knee filling with blood.

The enviable banter of Өeֳ only down because he missedӠwas thrown my way while I lied on the floor, until my teammates came over to help me off the field.

While helping me up, my knee was incredibly weak, I had never felt anything like it. After lying on the pitch trying to gather my thoughts, I tried to get myself up and hobble to the bench to get the knee raised and supported. This again led to me not being able to put any weight at all through it.

Once home I swiftly booked myself into see my local GP, rested the knee and iced it. Over the following few days before my appointment, I found the usual stability in the knee to be gone. Something as simple as crossing the road had to be done with full concentration as there were a few instances where my knee gave way and I had fallen over; the last thing I wanted to do was fall over in front of oncoming traffic!

After a recommendation by a friend I came across PhysioRoom.com, which provided me with a lot of information on knee injuries in general this gave me some guidance on what to expect before I saw my GP, and questions to ask.

Once I saw my GP he quickly gave me a vague answer towards my knee and listed many things it could be. This wasnִ much help at the time, but since learning more about the injury without more specialist eyes, itֳ hard to nail down exactly what was wrong with my knee.

At this time I was still holding out hope of hopes that I would be out for six to eight weeks max as the thought of missing any more was just unthinkable. The GP quickly referred me to a specialist and, being lucky enough to being covered privately via BUPA through work, I was able to do some research and choose the specialist I saw.

I ended up seeing a Dr Dennis Edwards at the Cambridge Spire Lea Hospital. This turned out to be one of the best decisions I made throughout the whole processʜn
Written by James Whitehead

Look out for Pt 2 of his blog coming soon…