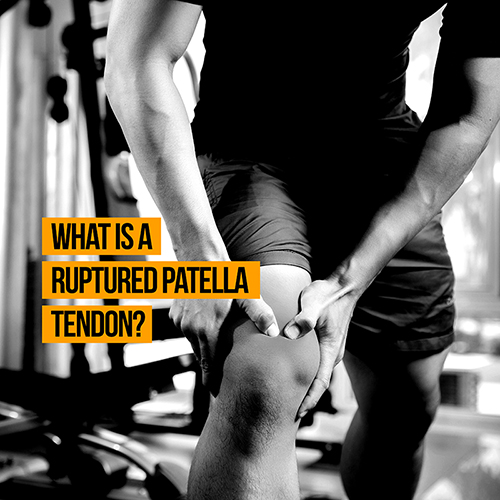 So far throughout this year’s Wimbledon, injury has been a recurring theme.

Leading up to the show-piece we were all sweating on the fitness of Andy Murray and have watched on, eagle eyed at how he walks between points.

So it’s safe to say it was already in the consciousness of even the most casual tennis fan.

What brought injury and the risks of suffering one while playing tennis in to sharp focus was the injury of Bethanie Mattek-Sands.

The 32-year-old doubles specialist and winner of Olympic Mixed Doubles Gold at the Rio 2016 games fell to the floor in agony during her second round match against Romanian Sorana Cîrstea.

Just as the third set got under way, Mattek-Sands was charging towards the net when she slipped and fell, seemingly innocuously, before crying out in pain.

“I remember taking a step, my leg not being able to hold me, and I went down,” said Mattek-Sands.

“My knee felt tight. I took a look at it, and something was wrong. I knew it was dislocated or broken. At that point, I freaked out. That’s probably when you all heard me drop an f-bomb. It was one of the most painful injuries in my career.

“I was giving some of the medics a hard time because I didn’t feel like any of the pain medication was kicking in. I just remember everyone getting ready to straighten my leg, and I told [my husband] Justin, ‘If anyone straightens my leg, I’m going to kill you.’ I think you heard that, too. I was in pain. I said, ‘I want to be knocked out in the hospital before they do it.'”

So what exactly happened?

Well first it’s important to note that such injuries, while uncommon generally, are always possible in a sport like tennis.

The best evidence for this is Mattek-Sands herself, as the injury happened while running forward then attempting to brace herself with her leg. Her knee simply couldn’t take the strain and gave way.

But what of the injury itself? Let’s take a look at what a ruptured patellar tendon actually is.

The patella tendon is the tendon that connects the kneecap to the shin bone, a partial or full rupture often occurs from jumping or another explosive load on the tissue.

Ruptures are extremely painful and may be accompanied with a noticeable, audible ‘pop’ when it occurs and the knee will swell around the bottom of the knee where the tendon is located. The sufferer will then be unable to put weight on or straighten the knee.

The patella tendon, or patella ligament as it is sometimes called, is the piece of tissue that connects to the protrusion on the tibia(shine bone) called the tibial tuberosity. 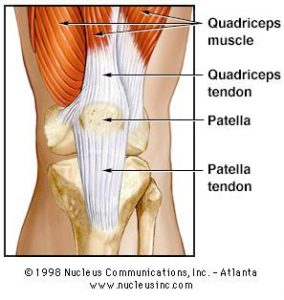 Its main function is to act as a lever for the quadriceps. The quad muscles insert in to the upper surface of the patella and when they contract.

For people with a history of patella tendon issues such as having had ‘jumpers knee’, or for people whose tendon has deteriorated with age, the tendon will be prone to rupturing.

Injuries like jumpers knee weaken the patella, and should there be a strong eccentric contraction of the quadriceps, which involves the muscle contracting while also lengthening(such as landing from a jump), the patella tendon may rupture, usually at the lower end of the patella.

Be careful to avoid corticosteroid injections if you have jumpers knee, as this has been known to increase the risk of injury.

What can you do?

If the worst should happen, always apply the PRICE technique ASAP.

You can apply cold for 10 minutes every hour for the first 24 to 48 hours, depending on the severity of the injury.

If any injury is very painful and prevents walking, seek professional consultation as soon as possible. 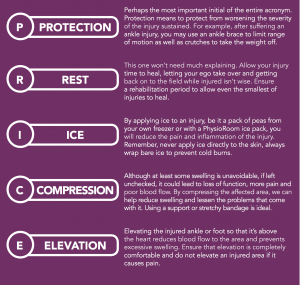 If the patella tendon is completely ruptured, i.e. snapped, surgical intervention, which includes stitching the torn tendon, will be required to repair the damage.

After surgery the patent will be advised on a rehab plan that suits them. But normally this will involve wearing a knee brace to prevent the knee from bearing any weight or bending. This phase could last up to, or exceed, six weeks.

Knee brace removed, it’s then on to exercises that will regain the full range of movement and to build up strength in the area. These could involve balance tools like wobble boards.

Patella tendon rehab can be frustratingly slow, and may require anywhere from six to 12 months to heal before the sufferer can think about returning to sports.

Rehabilitation from a patella tendon rupture is extremely slow and it may take between 6 and 12 months before the patient is able to return to sports.