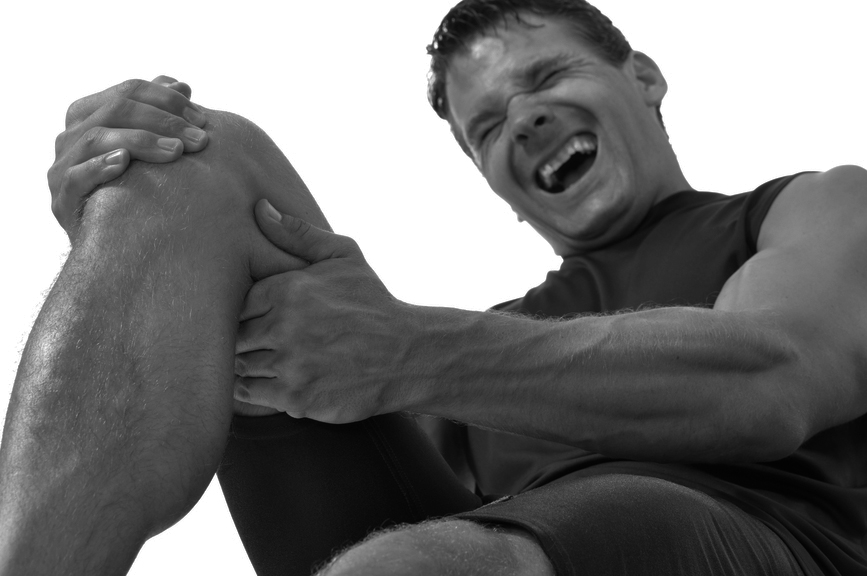 Now, to save getting side-tracked before we even begin, I need to clarify that I am not talking about Hog Roasts and the undeniably sweet and piquant succulence of a pulled pork sandwich drenched in sticky barbeque sauce, oozing sweetness and positively singing of balmy summer nights spent with friends.

I wish I was, I hate winter and a fat pig turning on a spit and dripping with (naughty) goodness would be a welcome distraction from the cold, but here at PhysioRoom.com we deal with sports injury and not the decadent, soon-to-be, contents of my summer stomach.

Obviously, I refer to a different kind of pulled ham altogether, that curse of the sprinting sports man and woman, that thundering harbinger of injury doom the hamstring strain. 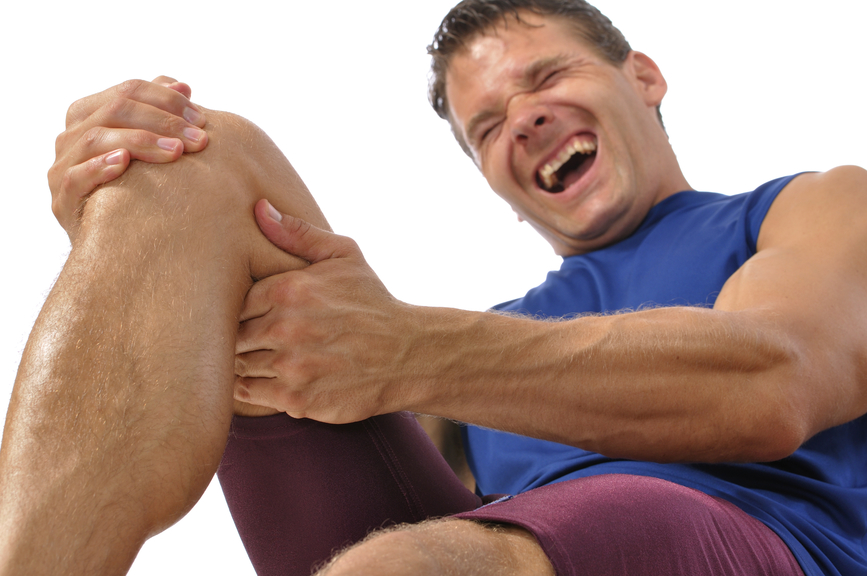 A staple diet (I must stop talking about food) of physiotherapists the world over, the hamstring strain is one of the most commonly occurring injuries throughout the modern sporting world.

Many a footballer, rugby player, tennis star, track athlete and dancer have dared to imagine what might have been had their tenure not been disappointingly cut short by the curse of the hamstring injury.

The increasingly specific demands placed upon modern athletes mean that injuries are evermore commonplace, but none are more common, difficult to manage, or present a higher rate of injury recurrence, than the fearsome pulled hammy. Find supports, ice packs and more at PhysioRoom.com to treat your hamstring injury.

So over the next few weeks I intend to investigate, and hopefully reveal, the key methods in dealing with hamstring strains, what to do in order to prevent a recurrence of this most common of sporting ailments and look at some alternative approaches to dealing with being hamstrung; I may even reward myself with a pulled pork sarnie (thatֳ the last food reference for now, I promise). 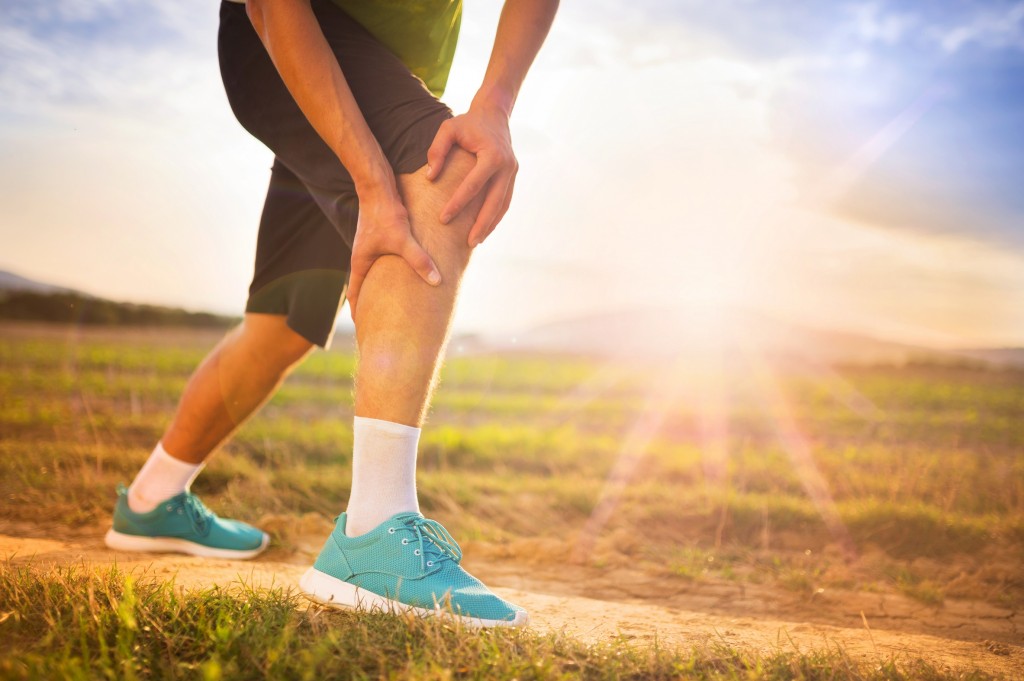 WHAT֓ IT ALL ABOUT THEN?

We have four hamstring muscles semimembranosus and semitendinosus (medially) and biceps femoris (laterally) and the causes of hamstring injuries are many and varied, but can be categorised mainly as primary and secondary strains.

A primary strain is caused by your hamstring muscles ability or inability to absorb the shock and rebound you experience during running and when your feet contact the ground. This lack of stiffness is what causes the muscle to fail and for you to pull the muscles.

Secondary strains are caused by a multitude of factors, ranging from an improper warm-up and poor running mechanics (over-striding), to slippery playing surfaces, inappropriate training and fatigue; no wonder pulled hammies are so common, right?

Hamstring strains are often referred to as heterogeneous injuries basically meaning that they can come in a wide variety of sizes, locations and types. This is what makes recovery and prevention so difficult to judge; as two people can tear an identical muscle but recover at dramatically different speeds and with differing levels of success.

A tear in a muscle is referred to as a strain and, depending upon the severity of the injury, is classed (much like burns) as a first, second or third degree strain. Take a look at the treatments PhysioRoom have to help a torn hamstring.

GRADE ONE
A grade one hamstring injury will be painful but it should not hinder you from walking. You wonִ be able to run at full speed and you may notice some swelling and discomfort in your thigh.

GRADE TWO
You are most likely to be walking with a limp and suffering from sudden twangs of pain during activities. The muscle is sure to be swollen and you will experience some pain when your knee is bent against resistance.

GRADE THREE
The most severe of the hamstring injuries, a grade three will mean that you have partially or completely torn your hamstring muscle. It will be painful, swell immediately and bruising is liable to appear within 24-48 hours.

The key stats for hamstring injuries speak for themselves and show the position of hamstring strain in the hierarchy of sports injuries (itֳ a king amongst injury mortals).

It is the number one sports injury amongst the elite of the English Premier League and inadequate or inappropriate rehabilitation, caused by a premature return to action, also mean that hamstring strain has the highest rate of injury recurrence in modern football.

So, based on an average Premier League salary of 5k a week, and a 4 week month, hamstring injuries currently cost Premiership clubs at least 7m a month in wages; that a mind-boggling ñ7m a year just for hamstring injuries! Throw in the potential damage to the points tally if a star player is out with a pulled hamstring and the costs go up dramatically; just look at Man City without Vincent Kompany and Sergio Aguero not so long ago.

SO WHAT CAN I DO ABOUT IT?

Thankfully, minor and moderate hamstring strains will usually heal on their own if they are given time to do so (the fittest Premier League stars will normally return within three-to-four weeks).

Healing can also be accelerated if you:

For acute hamstring injuries, as with any muscle injury, the Protection Rest Ice Compression Elevation (PRICE) treatment principle is best applied. We recommend this to limit the amount of bleeding in the muscle itself.

Once you have passed the acute (or degeneration) phase of hamstring injury and the initial damage has been assessed and contained, it time for the all-important remodelling phase Рwhere the body lays down new collagen for repair of the muscle fibres.

It is absolutely essential during the remodeling phase that collagen is laid down neatly and we would encourage you to gently stretch the area during this time of recovery to aid in doing that.

Slow and deliberate exercises are used as a preventative measure. Due to the inflexibility of scar tissue, if collagen is laid down haphazardly in the scar, there is a real danger of the injury recurring.

So stretching, increasing blood flow and oxygenation are equally as important as one another during the remodelling phase and each will contribute to aligning the scar tissue along the normal lines of stress; enhancing the strength of the hamstring as it heals. Browse the PhysioRoom website if you need a hamstring support.

One of the more modern techniques of achieving this increased oxygenation and blood flow can be found in the use of new carbon fabric infrared elements.

This new infrared modality offers both thermal and non-thermal benefits, without burning the affected area, and is rising as an innovative new technology and muscle therapy treatment across Asia.
Heat not only enhances the functional properties of skeletal muscle but also increases hamstring flexibility, and heat application before stretching is thought to enhance the extensibility of the hamstring itself. If you need help with exercising  on a torn hamstring take a look at our guide on the best hamstring stretches.

The evidence to support heat therapy in the rehabilitation of hamstring injuries is rather compelling.

FAR Infrared Therapy leads to greater collagen regeneration and infiltration of fibroblasts (it basically helps to form stronger connective tissue) and studies have shown that treatment led to a 57% decrease in pain for patients suffering with chronic lower back pain.

Supports like the TherMedic Thigh ProWrap give the user all that they need to flush out toxins, aid healing and provide support and compression to the affected area; just what every man, woman and child who has suffered with weak and painful hamstrings could ask for.

If you have been unfortunate enough to suffer with a hamstring injury it is important to try and remain as active as you can during your recovery, as long bouts of inactivity can lead to scar tissue forming around the tear and, in some cases, cause your muscle to actually shrink.

It almost sounds like a choir being preached to, but to avoid a recurrence of your injury and another frustrating bout on the side-lines, you should make sure that you only return to an advanced level of activity when your muscle is strong enough to do so.

You should always do an extensive warm-up before and a cool down and stretch after training following your injury (and before and after all exercise); looking to focus on whether the pain is returning or dissipating, remembering to ALWAYS stop immediately if the pain comes back.