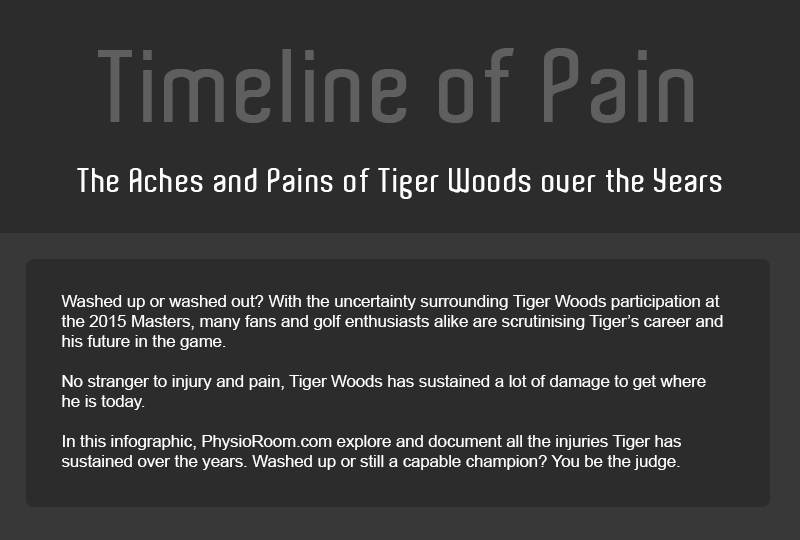 Tiger Woods has probably had as many injuries in his career as he has Major Championship wins. But does that mean his time is coming to an end? With injury threatening his participation in The Masters next weekend and having just dropped out of the world’s top 100 in the rankings for the first time in who knows how long, PhysioRoom.com decided to take a closer look at the 14-times Major winners injury history and put it all into a cheeky little infographic for you. Can the best golf player of the last twenty-five years silence his critics and overcome his injury demons? Does he have the confidence in his fitness and his game to win his first Major Championship since the 2008 US Open? What do you think? Tell us on Twitter or Facebook.