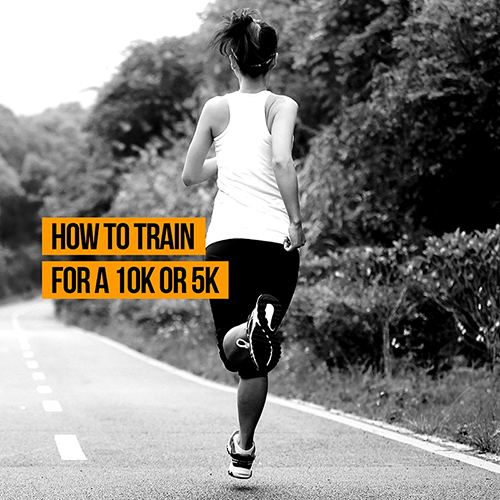 About to train for a 10k? PhysioRoom.com’s running addict Toby Cryne talks training and baby steps.

Alas, it has come to my attention in recent times that regular folk, that is everyone that seemingly exists outside of my circle of ‘running friends’, exist on a plain of normality whereby the word marathon, or dare I say ultra-marathon makes them shiver. And frankly, I’m not all that surprised. It’s taken me many a mile to understand that subjecting yourself to endless hours of base training, engaging in two-way conversations with yourself, getting uncomfortably comfortable with the smell of your own sweat and existing on a carbohydrate cycle that would make Kate Moss have a full on breakdown is not exactly normal.

I should have stuck to the 10k. Dammit.

Nevertheless, it seems that every weekend across the shores of Blighty, in both cities and hamlets (the dwellings not the cigars) some form of short course running race exists. From 5k and 10k races to half-marathons, races are popping up everywhere, which is great – unless you’re worried about the Cheddar Gorge congestion problem.

The popularity of this distance is probably best exemplified by the recent surge in app related interest. Unless you have had your head in the sand for the last few years, you have probably come across the now infamous Couch to 5k app and its multitude of brothers and sisters – all offering pretty much the same thing. A first time challenge for first time runners.

How hard is it? That well and truly depends on one factor: Speed. 5k races are often seen as starter races or funrun style races and are typically run by novices in the main pack. That said, the 5k race will only be a walk in the park if you let it. Don’t be surprised to see lean, mean, speed demons blitzing the course in 20 minutes or less – Mo Farah style.

How do I train for a 5k? A typical 5k race is, shock horror, not run on a treadmill. And as such, one would certainly benefit from hitting the streets at least 3 times a week. That said, treadmill training is great for beginners and those wishing to log quick, warm miles before work. The best way to train for your first 5k is to build up to the distance in increments of 500m. Then, when you hit 5k – keep going. Always train for more. If you are really looking to get a good time – both speed and endurance work are incredibly important at this distance. Long(ish) steady slogs of up to an hour will increase your stamina greatly and when coupled with some fast speed work will help you cross the line like a hare.

Like most people, you probably found yourself saying “the 5k was good, but I could have done more”. What now? Well simply, it’s time to go further. Research shows that it is far easier to progress up the levels the further up the chain you go – it’s all about building blocks. You now have the base to run for 3.1 miles and no doubt you felt that moment where suddenly the pain stopped, your breathing slowed and you felt good. You got into the groove. So the next step is to build on this and progress upwards.

How hard is it? Again, this very much depends on your abilities and goals but one can probably expect your first 10k to feel somewhat easier than your first 5k due to the adaptions that your body will have made (and probably weight you will have lost).A good way to look at your first 10k is to try and hold your 5k pace over twice the distance.

How do I train for a 10k? Now is the time you can start thinking about splits. Simply, splits are your times at intervals over the course of the race. For example, to achieve a 10k in an hour you will be looking at hitting 1km every six minutes. Again, a 10k can be achieved with only a few sessions a week – two 30 or so minute runs throughout the week and a long run at the weekend that slowly build up to 10k and beyond as your training progresses. For those wanting to rival Mo, make your weekend run a long haul and slow it down somewhat to increase stamina, add some interval training throughout the week and perform 10k tests at regular intervals throughout the program.

The legs take a beating of up to eight times your body weight in downward force during running, which can be hazardous on the lower limbs and the back. As such, recovery is not only highly important, it is essential. Compression aids such as thePhysioRoom.com Compression Shorts which promote blood flow and prevent lactate pooling post-exercise, are a great way to start your recovery. A healthy diet which includes plenty of lean protein, vegetables and low gi carbohydrates is also paramount alongside ample sleep and even massage (not a Thai one).