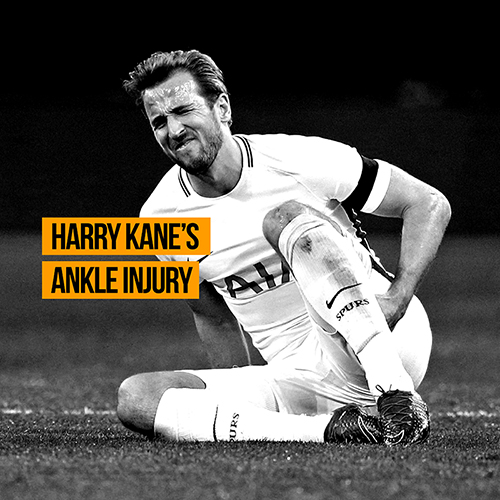 Ah, so here we are again. It’s a World Cup year and England fans find themselves on the precipice of disaster.

That’s right, England’s best player is injured heading towards a major tournament, and this 2018 edition features Harry Kane and some troublesome ankle ligaments.

England are no strangers to a tournament-threatening injury in the build up to the big occasion, with the likes of David Beckham’s and Wayne Rooney’s metatarsals giving the nation a collective scare going in to the 2002 and 2006 World Cups, respectively.

For those two former captains, on whom the entire nations hopes rested on, there was enough time to recover, but neither looked fully up to speed and both ultimately failed to deliver in crunch time.

Former England Physio Alan Smith, who took care of the national team squad between 1994-2002 and played a big part in nursing Beckham back to health in 2002, spoke about the injury and believes it shouldn’t necessary reoccur, despite Kane’s past ankle problems.

“It’s not uncommon in football to have an injury of that nature,” he told Press Association Sport.

“I saw the incident and that would sprain anybody’s ankle. The goalkeeper’s body weight went into his ankle, so that would have injured anyone, with or without previous history.

“It comes down to strengthening the ankle joint from the original injury.

“He shouldn’t be more susceptible to it reoccurring, you have to get the thing 100 per cent right, clinically and functionally correct and then it won’t reoccur unless there is another traumatic incident, like the one with the goalkeeper.”

“The priority on examination will have been to ensure there isn’t a fracture and then deciding which grade it is,” he added.

“Looking at Harry’s reaction seeing it on television, I have got no insight into the injury whatsoever, but I would think it’s possibly a grade two.

“His potential to be fully fit is very good I would say. He will get the best of treatment with Tottenham and England.

“With the time he has available and the concentrated treatment he will receive from all parties, he has got a great chance.

“The World Cup is in June so he has a great chance, subject to not doing too much too early and having a setback, but the physios will carefully prepare his rehabilitation.”

So now we’re suitably reassured and can once again breath, what exactly is ankle ligament damage?

What is Ankle Ligament Damage?

Ankle ligament damaged as suffered by the England striker, is of course also known as a sprained ankle, one of the most common injuries caused by participation in sports. 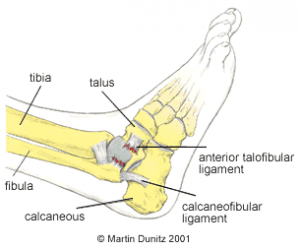 Because of the position of the bones around the ankle, the inversion injury is far more common. This injury causes damage to the lateral ligaments on the outside of the ankle, like Kane. 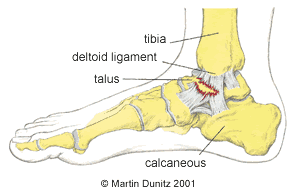 As well as damage to the ligaments, the capsule which surrounds the ankle joint is also damaged. The damage causes bleeding within the tissues and the ankle begins to swell up and can be extremely painful.

Ankle sprains can be classified as follows:

First degree, where only a few ligament fibres are damaged.

In the more severe injuries there may be associated bone injury and it is wise to get an x-ray to determine whether there is a fracture.

In the first 48-72 hours following the injury it is important the follow the PRICE protocol – protection, rest, ice, compression and elevation (never apply ice directly to the skin). Ice Packs for a period of twenty minutes every couple of hours may help with the pain but pain-relieving medication may also be necessary. The Aircast Ankle Cryocuff is the most effective method of providing ice therapy, whilst protecting the injured tissues from further damage, and is the professional’s choice. It can provide continuous ice cold water and compression for 6 hours and significantly reduce pain and swelling.

It is important not to put too much weight on the damaged ankle, so walking should be avoided if possible. Ankle injuries can be protected using a Reusable Plastic Cast Walker and these are regularly used by Premier League football players.

Where a fracture is suspected an x-ray should be carried out at an accident and emergency department. If a fracture is found or a grade three sprain is diagnosed, the advice of the attending doctor should be followed. It should be borne in mind that some hairline fractures do not show up on x-ray until about 10-14 days after the injury, so if the pain persists medical attention should be sought. 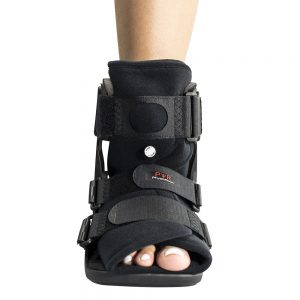 In the case of a grade two sprain, crutches should be used to protect the injured ankle. However, it is important not to be on the crutches for longer than necessary and as soon as the pain allows the patient should begin to gently put weight through the ankle by walking. Reusable Plastic Cast Walkers can be very helpful as they protect the injured area and help to resolve ankle swelling.

In the early stages of the injury, ultrasound treatment is effective in encouraging the healing process and encouraging the formation of scar tissue to repair the ligament.

Once the patient is able walk on the ankle, more active rehabilitation can be started.

In ankles that have been repeatedly sprained there is an inherent weakness which may require surgery. This can now be done arthroscopically where a camera is inserted into the ankle and flakes of bone and excess scar tissue can be removed.

Ankle instability is characterised by ankle weakness and giving way, even though the ankle ligaments are intact and the joint is mechanically stable. It is due to an impairment of proprioception, which leads to a lack of balance and ankle joint position sense. Proprioception is the mechanism by which nerve receptors in skin, muscle, ligament and joint tissue relay information to the brain about body position sense, where this information is quickly processed and movement strategies are formulated and executed using nerve signals to muscles. This mechanism can help you ‘catch yourself’ when you are about to turn your ankle.

In the unstable ankle these receptors may have been damaged directly during an ankle sprain. This impaired proprioceptive ability may, therefore, lead to a delay in protective muscle activity and the resultant loss of postural awareness and stability around a joint. This may explain why recurrent ankle sprains are so common.

The Wobble Board together with ankle braces are commonly used in the rehabilitation of ankle instability. Wobble boards are designed to assist the re-education of the proprioceptive system by improving sensory receptor function. Previous research has also shown that wobble board training improves single leg stance ability and balance; while other studies have suggested that patients with ankle instability who underwent wobble board training experienced significantly fewer recurrent sprains during a follow-up period than those who did not follow the training programme. 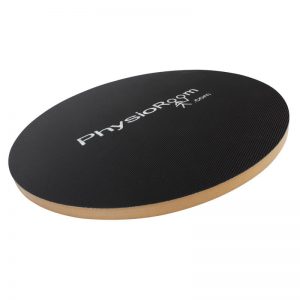