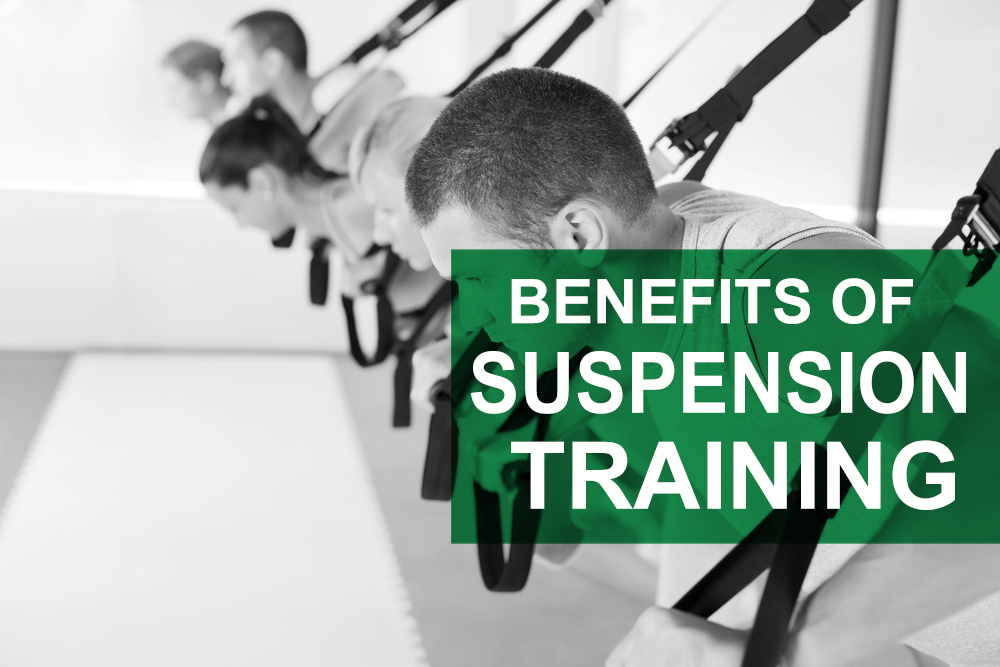 What are the benefits of suspension training? PhysioRoom.com investigates.

With speculative scientific evidence such items are a common example of advertising hyperbole and quick-fix marketing and the addition of the TRX suspension trainer in the mid 2000’s, caused many sceptics to jump the gun and blaspheme the functional trainer as merely another gimmick for the box.

Building muscle with merely two over sized elastic bands? Surely not. Oh how very wrong they were. Nearly a decade after it was unleashed on the fitness community the benefits of suspension training are now being touted across professional sports fields such as the NFL to personal trainers worldwide. You’d be hard pressed to find a gym that doesn’t have one.

TRX training bands and all such similar products, known as suspension trainers, have become a gym floor mainstay over recent times and claim to assist in the sculpting of functionally sound muscle and for creating an environment in which one can learn difficult to achieve exercises such as pull ups or muscle ups.

Whilst on operation Hetrick decided to experiment in creating his own contraption for use anywhere and with this idea, the TRX Suspension Training concept was born. Hetrick claims to have designed the original suspension trainer by fashioning an old jiu-jitsu belt and parachute webbing into a device that he could cart around, hoy over a door frame or free standing bar and use to perform a whole host of exercises that were otherwise unavailable to the traveling SEAL. After completing his service, Hetrick enlisted at Stanford University’s School of Business in 2001 and the first installment of TRX was born.

How does it work?

A suspension trainer is typically attached to a fixed point based above the athletes head and acts as either a basis for support during exercises such as pull ups (by taking the weight of the feet) or as an added form of resistance such as when performing inverted push ups.

By providing functional weight baring movements using the body’s own natural weight, the core is constantly engaged within the activity and as such, is one of the major beneficiaries of this type of training regime – a factor that normal high volume weight training often ignores. Suspension trainers can be either used in a gym environment or on the move. Often, the aid can be found in guerrilla workouts and street training such as that seen in calisthenics and bar exercises.

What is it? A push that isolates the upper body. Usually performed against a wall and known as a handstand push up.

Suspended: By fixing the feet into the suspension trainer instead of onto a wall, the inverted push up is make far simply whilst also engaging the core laterally due to the each leg moving separately of the other. Combined with the use of balance boards such as the Fitness Mad Air Dome which add an extra element of core stability training, allow for an incredibly dynamic and multifaceted workout.

What is it? A simpler approach to the famously difficult pull up which is often touted as one of the best exercises for upper body and core strength.

Suspended: By fixing ones feet into a suspension trainer slightly higher than the point where one would naturally dangle at full extension, the suspension trainer acts like a pull up assist machine. The workout can be varied by allowing the user to place knees into the hand/foot grips. The reduced load taken by the arms will allow the user to focus on perfecting the movement and learning the correct form. Using a suspension trainer alongside a door frame pull up bar such as the Fitness Mad Universal Training allows for complete versatility and ease of transportation. You really can take your workout anywhere.

What is it? The bane of every gym goer’s life, the plank is an isometric strength exercise that involves maintaining a position over time.

Suspended: By using a suspension trainer and placing the feet in the foot holds provided the core is engaged laterally and the oblique’s are also brought into the equation which adds an extra dimension to the workout. The added benefit of taking the weight off the feet – which often stay hyper-extended during a traditional plank.

PhysioRoom.com‘s Top Tip: The PhysioRoom.com Suspension Trainer is a great way to reap the benefits of suspension training without completely obliterating the piggy bank and even comes with a handy carry bag for easy transportation. #noexcuses