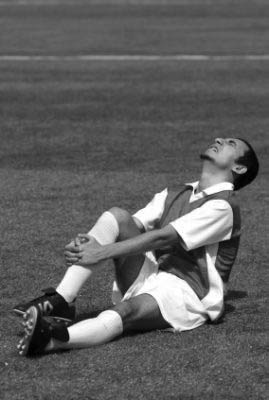 ӗe respect them for the good players that they are, but at the end of the day if you have to kick them, you kick them.ӠKenny Miller, Vancouver Whitecaps and Scotland.

A lot of football fans bemoan the reduced physicality of the modern game. Some players after a slight tap on the shoulder are rolling around on the pitch as if they have been shot.

The hard man footballer is a dying breed. Like a dangerous dog he has been muzzled and made less ferocious. Modern referees will clamp down on any contact they deem to be threatening and the media replay bad tackles from every angle. 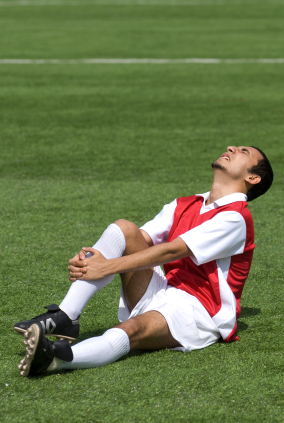 Within seven minutes of the 1988 FA Cup Final between Liverpool and the self-styled Ӄrazy GangӠof Wimbledon Vinnie Jones performed a pre-meditated tackle on Steve McMahon that would have got him a straight red card these days. He did not even get booked.

Jones was the epitome of the hard man footballer. He was a player with little natural ability but plenty of desire and was in the team to terrify the opposition. Famously he was pictured with his hand grabbing a delicate area of Paul Gascoigneֳ anatomy. His job was to stop the other team playing.

Obviously by playing in such a manner he was bound to cause serious injury to his opponents. The Tottenham defender Gary Stevens career was ended by a Jones horrific tackle which caused a knee injury from which he never recovered.

The Wimbledon manֳ attitude is summed up with the quote, өf there top geezer gets sorted out early doors, you win.ӠHe also offered the following advice to up and coming football tough guys, ӆollow through with your studs down on the Achilles, and if you are cute the ref wonִ see you.Ԝn
He certainly kept the physios busy and if they knew Jones was playing they would probably pack an extra first aid kit to go with their physio supplies.

Some other footballing bad boys

In the annals of football tough guys there are a few names that always get mentioned. Such as Sky pundit Graeme Souness, ITV analyst Roy Keane and going further back Norman Ӣites-your-legsӠHunter and Ron Harris.

All these players were well schooled in the dark arts of attacking the man rather than the ball. They all saw their fair share of red cards and left a lot of carnage in their wake.

Although the player with the most red cards is a chap called Willie Johnston, ironically like Kenny Miller he played for Rangers and went on to play for Vancouver Whitecaps. He received 15 red cards in his career.

The beautiful game has always been the brutal game as well.