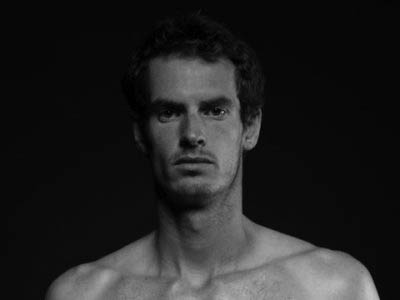 What Ankle Support does Andy Murray use?

There was once upon a time that Andy Murray wasn’t the sporting darling he is today. The fiery waft of Scotch Bonnet isn’t so hot for the Scotsman these days. His career was oft overshadowed by that comment regarding the England football team, the general brilliance that is Roger Federer and a plethora of injury woes that Michael Owen would have been proud of. Not to mention Britain’s complete and undying love for the legend that is Tim Henman.

Murray may now stand at the top of the British Tennis mountain, but he’s had to climb over many peaks and slay many dragons to get there.

The Scotsman has had number of injuries over the course of his nine year professional career so far – injuries that have put him both out of tournaments and out of action altogether. Yet it is his ability to play through such ailments and still come out on top which has left him as a firm British favourite in recent years. The zealous underdog, we love those. His steadfast approach to training and rehabilitation have earned him favour with the critics over the years, to the point where Injury Murray as he’s sometimes known, has become about as synonymous with bouncing back as Alan Partridge.

Andy Murray and the Aircst A60

Perhaps the most career threatening injury of all came in the form of an ankle ligament tear back in 2005, which has hampered the defending Wimbledon champion throughout his career. This injury culminated in his exclusion from the French Open in 2013 and has left him in constant need of the Aircast A60 Ankle Brace, which he can now be seen sporting in all competitions. Specifically designed with the British No.1 in mind, the A60 Ankle Brace was a turning point in the career of the Scotsman which is available in SW19 colours to match the theme of Centre Court.

What is the Aircast A60?

The Aircast A60 has been designed for chronic ankle weakness and injury, with the white version of the A60 – now the most popular ankle brace in the UK, designed to specifically to blend in with the white attire of Wimbledon. The A60 is a minimalist ankle brace which is lightweight and perfectly balanced making it ideal for use in sports such as tennis, football and rugby. The easy fit ankle strap applicator allows for simple manipulation of the brace which is lightweight and anatomically sound.

The A60, as its name implies is fixed at a 60 degree angle on either side to protect the ligaments from over extension during use and features breath-o-prene fabric which ensures that the wearer stays cool and dry. The A60 is ideal for sports such as grass court tennis where ankle rolling is common. Anti-rolling lateral movement support prevents the player from rolling over the ankle which can cause ligament sprains or tears such as those that have hampered Murray throughout his early career.

The A60 Ankle Brace is exclusively worn by the tennis star who ensures that his ankles stay strong and limber throughout training and competition using the brace.

Check out the A60, as well as the rest of our range of ankle supports in our online store!