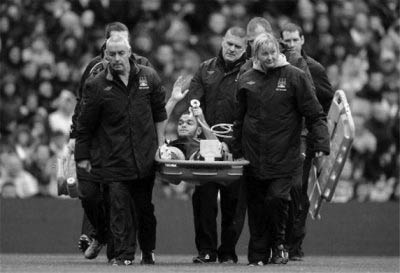 Supporters of Newcastle United may have been forgiven for thinking մhis might just be our yearծ After a hugely successful league campaign in 2011/12, the Geordies were buoyant having just qualified for Europe. Boss Alan Pardew was collecting Manager of the Year awards while members of his backroom team were taking all the plaudits for a job well-done off the field, the dawn of a new ѥra was surely upon us! Fast-forward 12 months and the mood on Tyneside has a much more sombre feel to it, the man once heralded as the saviour and potential deliverer of much-needed silverware is taking flak from all corners of the media and our loyal fan base. Did we become fixated in the notion that 2012/13 was going to be different? Were our expectations unfounded and unrealistic? Had a fifth placed finish confused the situation and temporarily shielded us from the reality of the task in hand? Where did it all go wrong!?

Summer investment was sparse, and the failure to adequately prepare the squad for the forthcoming season was a mistake. We neither had the strength or quality to cope with the physical and psychological demands of the upcoming campaign, however with a more proactive response close season these shortfalls couldֶe easily been met.

Newcastle United˷ere involved in 54 competitive matches during the 2012/13 season which for the most included a midweek European fixture schedule, for 8 months players were required to play a game approximately once every five days not counting those on International duty. Factor travel and you can understand why some players were suffering terribly from fatigue. However this was still some way short of the 69 games completed by Chelsea ɮ and yet Քhe Bluesՠwere amongst the lowest in the Premier League for the total number of lost days (565) to injury and the number of separate injuries (16) with one of the shortest average timescales for players on the treatment table (25 days). Compare that to Newcastle who topped the Injury Table with one of the highest totals since we began recording data (1745 days) which included 41 separate injuries, averaging around 30 days per visit to the physio room. Newcastle Unitedˤidnִ have the capacity to rotate or the ability to freshen, an example was the derby day defeat at home to Sunderland.˔he Toonˬooked flat and jaded, only 64 hours prior having played a home quarter final tie against Benfica. The drama and atmosphere of the night and competition had taken its toll, Newcastle were forced to involve players clearly not fit (Tiote, Ben Arfa); Yohan Cabaye was struggling for form and fitness.

In hindsight this seasons failure wasnִ difficult to predict, in recent years the club has recorded injury incidence rates which have far exceeded the Premier League average (2007/08 Р48%, 2008/09 Р38%, 2010/11 Р36%, 2011/12 Р39%) good luck rather than good management has helped the team but the evidence was always there to suggest a potential disaster.

In the first half of this season Newcastle United reported 25 individual injuries over 14 days with the notable long-term absences of Ryan Taylor and Haris Vuckic both to a ruptured ACL, Ben Arfa (105 days) and Steven Taylor (55 days) to hamstring problems, Tim Krul (42 days) elbow, Yohan Cabaye (62 days) groin and Danny Simpson (54 days) to a broken toe.

Newcastle were struggling in 15th having only won 5 games, our goals against column was the 2nd worst in the league and we werenִ scoring enough! The blindingly obvious had come to fruition; this side were too heavily reliant on key players to perform week in / week out. Ben Arfa affirms the point in question. The French midfielder played 12 EPL games prior to his initial hamstring injury (W3 D5 L4), after only 18 days Pardew included Hatam in the squad to face Fulham as part of Monday Night Football. A decision which at best was risky and at worst borderline stupid, Benny was ruled out for a further 87 days following his 72 minute cameo. We lost 5 of the next 7 games, the slide only coming to a halt with the arrival of our French contingent in January.

Moving on into the New Year Newcastle didnִ fare much better; on-going issues were punctuated with the losses of other influential squad members. A Fabricio Coloccini back injury meant 69 days out, a run which produced 5 losses from 8 games averaging only 0.4 points and conceding 2.25 goals per game. ˃ompare that to the captains overall contribution to the season (1.2 points / 1.7 goals) and its clear to see how much Newcastle missed their skipper. Niggling injuries to Tiote (18 days), Marveaux (28 days) limited game time while arguably Cabaye wasnִ fit for latter part of the season although statistics do not reflect this. Factor the loss of goalkeeper Krul (dislocated shoulder) and the potential career ending tackle on Haidara, the plight of the predicament is as clear as Ղlack & Whiteծ Of course this is a very simplistic view, statistics can be manipulated to offer weight to any argument but they do highlight our frailties.

What isnִ up for discussion are the facts, the fact that Newcastle lost 1745 days to injury last season, the highest by a country mile РWigan came in second with only 1281 days. Thatֳ 464 days difference, almost the same as Stoke City managed in the whole of the season (496 days)! The Newcastle United total indicates a figure of 85% above the league average which quite frankly is startling, worrying and cause for major concern. We also had the most reported separate injuries of any club (41) only QPR (36) and Aston Villa came close (31) while of those, muscular problems were the root cause in over 56% of cases.ʠThe trend doesnִ stop there, as Newcastle lost the most days to muscular injuries (683), 40% higher than their nearest rival while we had more hamstring injuries (13) than anyone else. On a slighter brighter note of those injured, players tended to spend on average less time on the physio table at around 30 days. But how much of this was due to the effectiveness of the treatment and how much was down to the fact that Newcastle needed to get players back onto the pitch?

Now Iֶe always been stupidly optimistic, extracting the tiniest slither of good from any given situation. The reality remains that Newcastle at least for one more season will be a proud member of the Barclays Premier League and for me thatֳ good enough for the moment. We need to learn from our mistakes, hope for heavy close season investment and concentrate on entertaining the faithful once more. This is not a path we choose but a one that is chosen for us – might as well suck it up, hold on tight and hope the Injury Gods are a lot more forgiving next year.