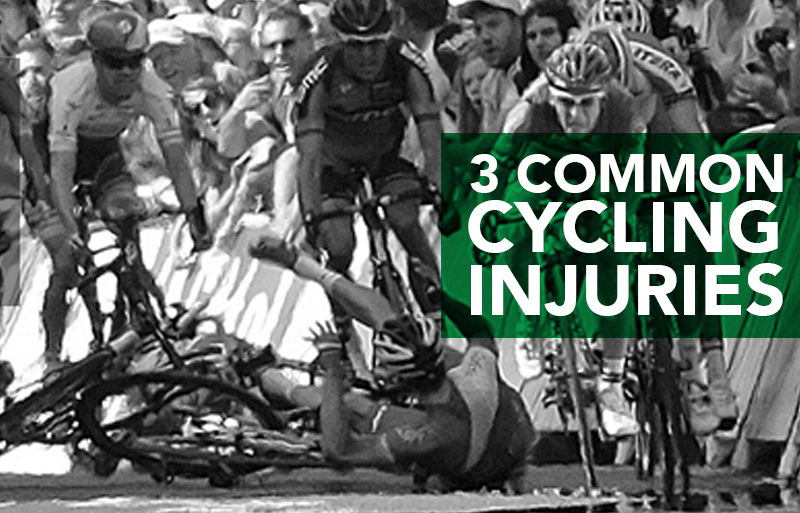 As Chris Froome claimed the yellow jersey and celebrated his third Tour de France title today, we looked into three of the most common cycling injuries, including advice on how to treat them and ways in which PhysioRoom can help.

How it happens: As the strongest tendon in the human body, the Achilles’ function is to transmit the force of the calf muscles to create the push-off motion during walking or cycling. When left untreated, a poor blood supply to the Achilles can lead to the degradation of collagen fibres and inflammation. Achilles tendonitis is generally caused by overuse, but can also be triggered by using an ill-fitting bike. For example, if your saddle is fixed too highly, your foot will be positioned in a permanent downward point, known as plantar flexion. Maintaining this position required the calf muscles to be continually contracted. Footwear which is too small or not ideal for exercising can also worsen the condition by decreasing the amount of blood going to the Achilles.

The effects: Usually felt gradually over a period of time, Achilles tendonitis is characterised by pain in the Achilles and the calf muscles, and the sorest areas will be tender to touch. Continuing to cycle with the pain will make it worse.

How to prevent it: An easy way to avoid Achilles tendonitis is by carefully structuring and monitoring a training plan. An abrupt increase in training load can lead to tendonitis as the stress factor is suddenly heightened and our muscles have to work harder. To avoid unnecessary pain, make sure you wear the correct footwear that offers enough support on all sides of the foot and especially around the Achilles.

How can we help? The Ultimate Performance Ultimate Achilles Tendon Support can be worn during training sessions or as part of everyday wear. Designed to encourage an early heel rise, the combination of compression and added stability lessens the stress on the Achilles tendon.

How it happens: Itֳ not just the Achilles which is affected by riding a bicycle which just isnִ’t the right size for you. Too big? Your back muscles will be over-stretched by your body’s over-reaching position, causing them to strain and potentially even tear. Too small? Your back will bend forwards, leading you to adapt a hunched position and placing unnecessary pressure on the area. If you are participating in a longer cycling tour, you’ll be holding the same position for a substantial amount of time as your upper body carefully balances your overall weight in order for you to remain on the bike. This can naturally place strain on the lower back from the tension caused by the focused rigidness the muscles are asked to maintain.

The effects: This prolonged bending of the back, or repeated overuse of the back muscles, can lead to a herniated disc, which is when the outer layer of the disc degenerates and causes the gel-like centre of the disc to prolapse out. The prolapsed disc can press against other structures in the back, causing pain not only in the lower back but down the back of the legs. This is known as sciatica.

How to prevent it: Ensure you have the right-sized bike before embarking on any long or strenuous rides, and practice specific core strength and stability exercises in order to lower
the chances of being affected by overuse or pressure in the area.

How can we help? Heat packs such as our large Reusable Hot/Cold Geld Packs can help the healing process by increasing local blood flow and promoting relaxation. Additionally, our Elite Back Brace (Black) provides an adjustable support as well as compression to relieve pain caused by a variety of back problems.

How it happens: Iliotibial band syndrome (ITBS) centres around the iliotibial band (IT band), a length of tissue running along the outside of the thigh between the bottom of the hip and the top of the tibia (shin bone). The repetitive motion of the bending and straightening of the knee, which naturally occurs during cycling, can often cause friction between the end of the femur (thigh bone) and the IT band.

The effects: This friction can cause inflammation and soreness in the area and pain is typically felt on the outside of the knee joint, which often subsides during inactivity.

How to prevent it: A good way of helping to prevent ITBS is by simply stretching the IT band as well as the muscles attached to it, the gluteus maximus (buttock) and the tensor fascia latae (thigh) before every workout.

How can we help?˔he Mueller ITB Strap can relieve the pain on the outside of the knee. It creates compression above the kneecap and therefore reduces the friction caused by the repetitive movement. 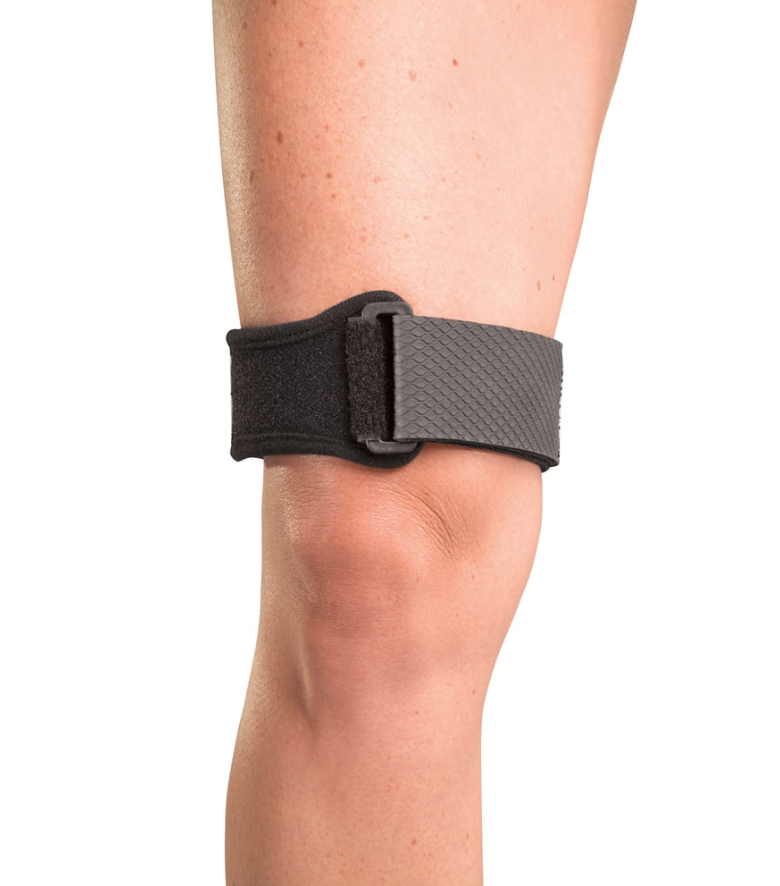