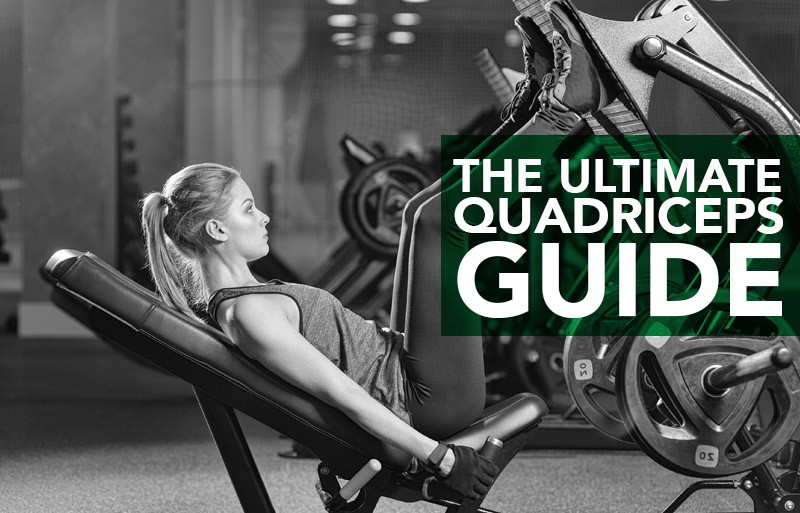 In our second Ultimate Workout guide, Toby Cryne discusses Jay Cutler, his huge quadriceps and how you can create legs to be revered. Welcome to the GymRoom.com Ultimate Quadriceps Guide.

Bodybuilding as a sub-culture is one of the most fascinating aspects of modern life. A strange set of circumstances in which, size is something to be lauded, not laughed at.
And for fans of bodybuilding, no man on earth can compete with the sheer physical size and density of the great Jay Cutler when it comes to the quadriceps.

Who is Jay Cutler?

Even those on the fringes of the bodybuilding world will no doubt recognise the name of four-time Mr. Olympia Jay Cutler. A man known just as much for his bleached blonde hair styles as his perfectly chiselled physique, Cutler is a man who has lived and breathed bodybuilding for over 20 years.
A four time Mr. Olympia, Cutler claimed the titles in 2006, 2007, 2009 and 2010 having placed second to Ronnie Coleman for the four years previously. Cutler has, since his last Olympia in 2013 travelled the world extensively promoting his own brand of sports products, meeting fans and being an all round general nice chap.

He has appeared on the cover of Flex, Muscle and Fitness and Muscular Development throughout his career, not to mention guest blogs for the likes of Bodybuilding.com and Men’s Health.
Check out his Youtube channel for interviews and workout ideas.

The reason I chose Mr Cutler for this stand alone, was not his titles or his niceness or even his cool hair, it is his legs. They are, quite honestly, huge. In his prime, Cutler’s quadriceps measured in at a whopping 30inches – nearly the average size of a fully grown man’s waist.
In contrast to popular belief, the quadriceps or quads are not a muscle but a group of muscles – four to be precise. Based in and around the femur (thigh bone), the full Latin name for the group is the Quadriceps Femoris (four headed muscle of the femur).
Designed to move the knee in an upward or downward motion, the quadriceps play a role in just about every sporting action. Working alongside other muscles such as the rectus femoris (bum) and biceps femoris (hamstrings), the quadricepses have responsibilities in many movements from walking to running and cycling.
The large muscle group covers both the front and sides of the thigh in four distinct parts: rectus femoris, vastus lateralis, vastus medialis and vastus intermedius. Originating at the upper part of the pelvis (ilium) and the femur the muscles come together in a tenon surrounding the patella.

Squats: Perhaps the most important exercise to perform when looking for mass gains in the lower body is the timeless squat. One of the most fundamental exercises in the world of strength training, the compound squat is designed to engage the muscles of the thigh, hips and buttocks alongside the various supporting muscles of the core and even the upper back and neck. The ultimate in full body training, the squat is one of the major lifts known as The Big Three which features alongside deadlifts and bench press as the three major lifts in powerlifting.
A traditional squat begins in a standing position with the weight braced across the upper back in the form of a barbell. As the hips are moved back and the knees bent, the body is lowered into the squat position before returning upwards to the standing upright. A variation of this exercise can include weights at the front of the body, dumbbells, kettlebells and variations in the depth of the squat.[4] For increased mass and depth in the gluteals and quadriceps, pyramid your exercises from 12 reps down to 6 reps while increasing the weight.
The following video features a complete working example of how to squat safely and effectively.

Leg extension: This machine based exercise was a favourite of Cutler’s during his professional career – one with which he built a lot of his famous muscular detail and depth. The machine actively targets the quadriceps muscles which isolates the specific muscle group in a contraction known as an isolated contraction. The movement starts in a seated position on the machine with the ankles places at the leg piece. The legs are simply raised until straight at the before being lowered again. Keep reps within the 6 -8 range to build solid detailed quadriceps or use light weights with negative repetitions to focus on the eccentric contraction.

Barbell lunge: Sure, the lunge may feel a bit daft when being performed, but it is still one of the best exercises you can perform for quadriceps mass gaining. The exercise can be performed with a barbell on the back, a dumbbell in each hand or a kettlebell and can be used as a superset exercise in between heavy lifting or as a heavy exercise in itself. To perform the exercise start out with both feet together and shift one foot forward in a single action step. With the front leg extended, lower the knee of the rear leg until both the back leg and the front leg are at right angles in the knee joint. Return the first leg back to the starting position and perform the same exercise on the other leg.

Static squats: A good pair of pins won’t stand up to much without core stability. Though certain exercises such as squats will target the core muscles and assist in the control of the movement, there are some exercises which cannot be beaten for ultimate core strength – the best in our book is the static squat.
By using either a wall as a back rest or even freestyle, the static squat will target the muscles of the quadriceps, the gluteals and the core in a relentless assault that helps with stability, growth and strength. Try this out for size:

Have you tried any of these workouts? Seen any success? Check out our Google+ Strength Forum and share your story