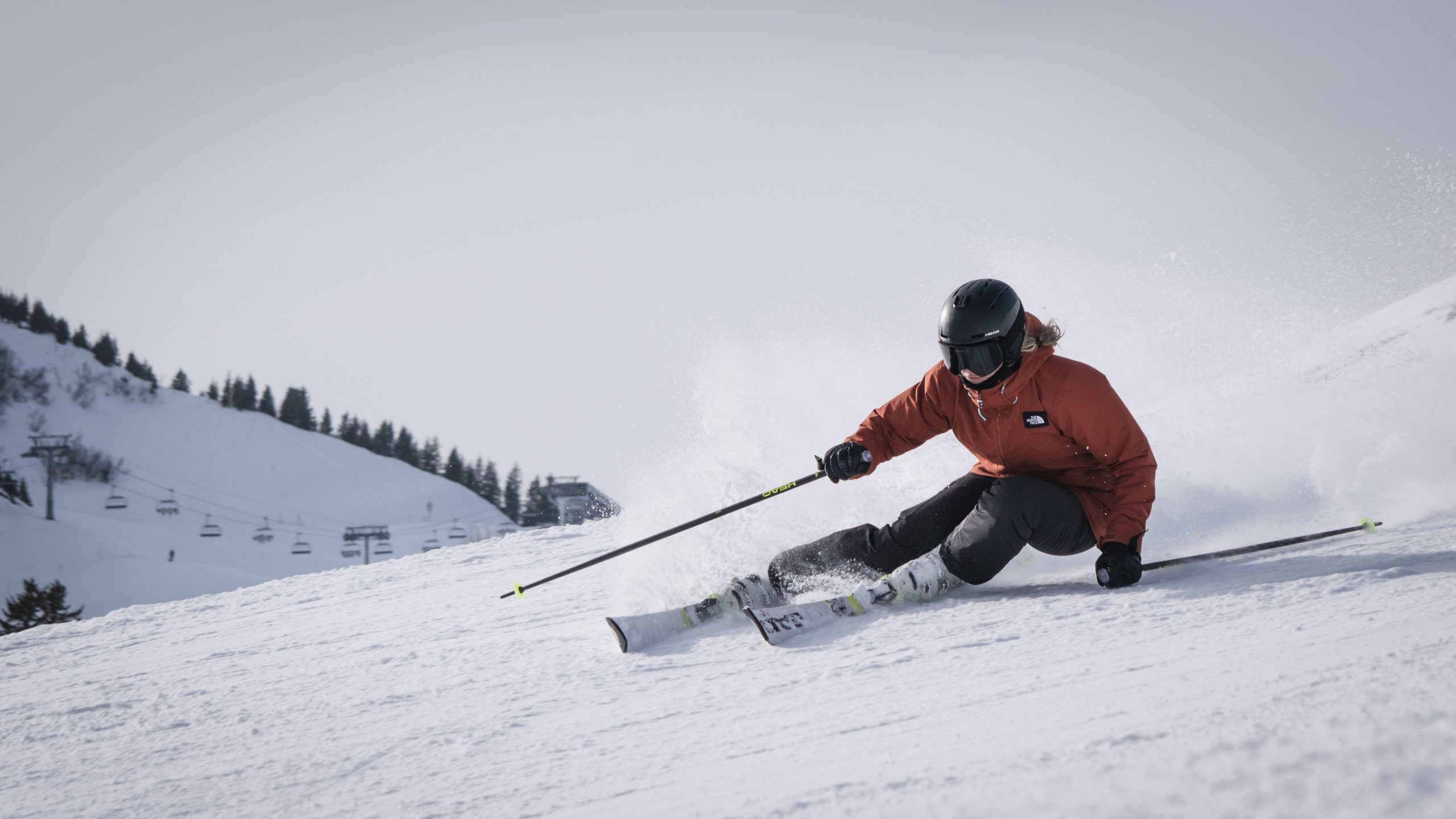 Most skiing and snowboarding injuries affect the lower limbs (primarily knee injuries), although the incidence of upper limb injury, particularly wrist and thumb injury is increasing due to the growth in popularity of snowboarding.

In order to help you stay injury free and enjoy your skiing or snowboarding trip to the full, we’ve highlighted the five most common injuries in skiing and snowboarding. We’ve also added practical advice on what you can do to prevent these injuries as well as information about the latest treatment methods, should you be unlucky enough to get injured.

Injuries to the knee joint account for around one third of all skiing injuries. The medial collateral ligament (MCL) of the knee has always been the most common knee injury, as a twist of the knee often leads to a minor MCL sprain. Also while the overall percentage of knee injuries has remained constant over the past 25 years, there has been a dramatic rise in the number of knee ligament ruptures, particularly ruptures of the anterior cruciate ligament (ACL).

There are several reasons for the rise in ACL injuries during skiing . Diagnostic investigations such as MRI have meant that the ability to diagnose ACL injuries has improved over the years. Also the improvements in ski boots and bindings that have helped reduce ankle and shin injuries appear to have contributed to the increase in ACL injuries. The forces that had previously affected the ankle and shin are now dissipated to the knee joint, with the ACL commonly injured. Bindings are designed to reduce shin fractures, and their release mechanisms are not fast enough to protect the knee from a sudden twisting injury.

What can you do to prevent knee ligament injuries?

We range of skiing knee braces for knee injury prevention during skiing and snowboarding. However, if you have a history of ACL injuries and knee instability, then the Donjoy Armor with Fourcepoint Knee Brace is the best off-the-shelf knee brace available for skiing.

Use ‘multi mode’ release bindings if possible. Rear release boots can significantly reduce the risk of ACL injury. Bindings should be professionally serviced and adjusted every year. Previous research has shown that non-adjusted or poorly adjusted bindings lead to a significant increase in knee ligament injuries.

Don’t walk on your ski boots too much. It can affect the fit with the binding and interfere with the release mechanism.

What should you do if you suffer a knee ligament injury?

Seek the opinion of an orthopaedic specialist or physiotherapist. During the acute stage (the first 48-72 hours) of the more severe knee ligament injuries, exact diagnosis is very difficult due to the gross swelling around the joint. A knee cryotherapy cuff is the most effective form of treatment during this stage as it helps to resolve pain and swelling.

Snowboarders have their very own lower limb injury snowboarders ankle. This is a fracture of the outer side of the talus bone of the ankle, often as a result of a high energy ankle sprain. These injuries can be difficult to detect as they don’t always show up on x-ray films. If there is persistent ankle pain then a CT Scan may be required to confirm the injury.

What can you do to prevent snowboarder’s ankle?

Wear a sports ankle brace and high cut shoes. This acts as a physical restraint and helps to prevent going over on the ankle. We recommend the Aircast A60 Ankle Brace for snowboarding.

What should you do if you suffer a snowboarder’s ankle injury?

Seek medical help. Once a fracture of the talus bone has been confirmed, the medical management is dependent on the position of the fracture fragments. Small fractures where the fragments are not displaced tend to recover well with conservative treatment and a period of immobilisation in an plastic walker cast. More complicated fractures often require surgical fixation with a screw.

The common upper limb injury in skiing is ‘skier’s thumb’, which accounts for around 10% of all skiing injuries. Skier’s thumb is usually caused during a fall when the ski pole is held in the hand, catches in the snow and acts as a lever against the inside of the base of the thumb. This overextends the thumb and causes damage to the ulnar collateral ligament at the base of the thumb. Most often there is a sprain of the ligament, but sometimes there can be a complete rupture.

What can you do to prevent skier’s thumb?

Unless you are in deep powder snow and fear losing your ski poles, it’s best not to put your hands inside the ski pole loop when skiing, as this greatly increases the risk of sustaining a skier’s thumb sprain in the event of a fall.

What should you do if you suffer a skier’s thumb injury?

In the immediate period following damage to the ulnar collateral ligament of the thumb, ice packs and compression are the best treatments. Non steroidal anti inflammatory drugs (NSAIDs) can be prescribed by a doctor to help relieve inflammation and pain.

Falls are more common during snowboarding. The natural response to a fall is to stretch out a hand to break the fall, which tend to occur more often in beginners. For this reason scaphoid fractures and Colles fractures of the wrist are a relatively common feature, with around 100,000 wrist fractures worldwide among snowboarders each year.

What can you do to prevent a wrist fracture?

Snowboarders should wear wrist guards as they significantly reduce the incidence of wrist injuries during falls.

What should you do if you suffer a wrist fracture?

What can you do to prevent head & spinal injuries?

What should you do if you suffer a head or spinal injury?

Based on research evidence, the biggest risk factors associated with skiing and snowboarding injures are:

Research evidence on skiing injuries, particularly injuries in children, suggests that the biggest single factor related to injury is the condition of ski bindings. There is a significantly higher risk of injury to the legs in particular where bindings have not been properly adjusted.

Use of Rented Equipment

Some researchers have suggested that the use of rented skis, boots and bindings, that are not well-adjusted to the individual could increase the risk of injuries. Children often use rented equipment and this may be another factor that contributes to an increased risk of injury in this group.

The research on the relationship between ski lessons and injury is a little more equivocal, but some studies have suggested that there is an increased injury risk in skiers who haven’t had formal lessons. Common sense would suggest that formal learning was a good idea for novice skiers, to allow them to acquire a degree of skiing skill. However there is a counter argument that those who gain skills rapidly can become overconfident and therefore attempt to descend difficult runs that increase the risk of injuries.

Researchers have found that skiers with less skill or experience have a higher incidence of injury compared with more experienced skiers. The injury rate for novice skiers has been reported to be as high as 9 or 10 times that of advanced level skiers. It is difficult to discern whether the risk is increased due to a lack of skill or a lack of experience, although one study suggested that more experienced skiers got less injuries even if their technical skills were not that advanced. It would appear experience teaches skiers to avoid situations where the injury risk is high.

There are a number of general precautions you can follow to minimise your risk of a skiing or snowboarding injury:

Make sure you’re fit to ski. Prepare for your winter sports trip with a conditioning programme to improve core stability and strength. Leg strength and endurance is particularly important to help prevent injury.

Warming up and cooling down

Warm up and cool down, just like any other sporting activity. Before you get on the slopes spend a few minutes warming up and stretching to help prepare your body for activity.

Wear appropriate layers of clothing that don’t restrict your movement.

Snowboarders should wear wrist guards as they significantly reduce the incidence of wrist injuries during falls.

Helmets are effective in reducing the incidence of minor concussions during low velocity collisions.

Don’t borrow equipment from friends, it significantly increases your risk of injury. If you are hiring equipment make sure you hire from a recommended store. Ensure that all the equipment fits properly.

Use ‘multi-mode’ release bindings if possible. The superior release available in modern bindings is just one factor that has helped prevent injuries. Rear release boots can significantly reduce the risk of ACL injury.

Don’t walk on your ski boots too much. It can affect the fit with the binding and interfere with the release mechanism.

Don’t put your hands inside the ski pole loop when skiing. This greatly increases the risk of sustaining a ‘Skiers thumb’ injury in the event of a fall.