When a footballer needs to prove his fitness to his boss he has to undergo a fitness test. This does not involve the player sitting at a desk in a draughty gym with a desk full of lucky gonks trying to work out the answer to question one.

What exactly does a fitness test consist of? It will differ for each player and if they have come back from a serious injury such as a ligament knee problem they would not be rushed back until they had cast their ligament knee support aside. 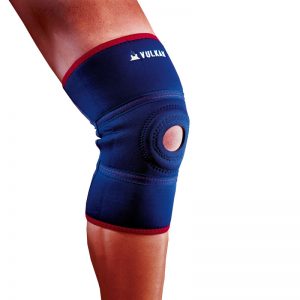 Other footballers will need a proper assessment before the medical team will tell the gaffer that they should be considered for selection. The last thing the physios want is to be applying their physio supplies two minutes in to the star player? comeback game.

If the player has been able to train the physio will give him or her further tests that will last for about 30-40 minutes. They have to be absolutely sure of their fitness before throwing them in to a blood and thunder football match.

The first thing the player will have to do is a series of short and long sprints. They will have to do this during a game and if the muscles are not up to this then the physio will find out when he applies this test. 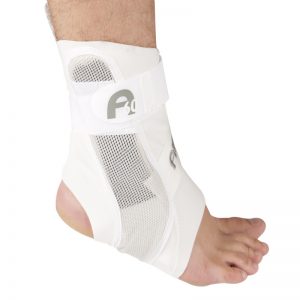 The poor soccer star will then be forced to jump and head a ball. Obviously this is another thing they will have to do when they play and it is a good test of their joints. If they have been wearing ankle braces the physio will know if the player’s ankles are strong enough to cope with landing.

Some fans may bemoan the fact that the game is less physical than it used to be but there is no getting away from the fact it is still a contact sport. In the modern game all players must be able to throw themselves into tackles. 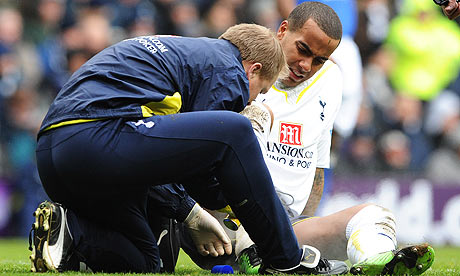 To prove his or her fitness our player will have to embark on a series of sliding tackles. If there is any discomfort anywhere they will not be able to commit to the tackle properly. The physio will be able to see how fit the player is from assessing how they perform these tackles.

The rest of the test then just involves kicking and shooting. Depending on how good or bad the player was before their injury will affect how the physio judges the success of these tests. For example, if they could not hit a barn door before the injury the medical expert is not going to bother if the player keeps sending the ball wide of the goal.

Finally, they will get the player to stretch and test his muscles.

In, out or on the bench

The manager will get the medical report after these tests and decide if the player goes straight in the team or stays out. As a compromise he may put them on the bench and who knows they may come on as sub and score the winning goal.