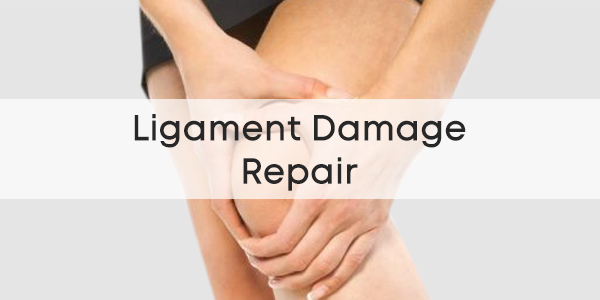 What is a Ligament?

Ligaments link bones to other bones and provide support to joints. They allow a normal range of movement to occur within a joint, but prevent unwanted movement that would render the joint unstable. In order to fulfill this function ligaments must possess immense mechanical tensile strength. Ligaments are classified as dense connective tissue, and they consist of a protein substance called collagen. The organisation of collagen fibres gives the ligament its tensile strength.

Another function of ligaments is to provide proprioceptive input to the brain that allows a person to know what position the joints are in, without having to look. This helps to perform the complex coordinated activities needed for sport.

A normal ligament consists of: 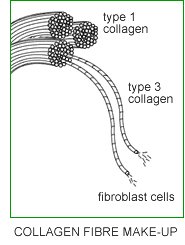 When ligament tissue is examined under the microscope it can be clearly observed that the collagen fibres are arranged in a longitudinal pattern to resist the stress that is placed upon the ligament. The arrangement of the collagen fibres means that a great deal of force is required to damage ligaments. In a collision sport like football this force is generated by opposition players or when a player catches his foot in the turf and his whole body weight goes over one joint. This force produces structural damage to the joint capsule and ligaments, which is known as a ligament sprain.

Ligament sprains are classified as follows:

There is damage to a few collagen fibres, producing a local inflammatory response. This is characterised by pain over the affected ligament.

There is damage to a more extensive number of collagen fibres. This produces a more marked inflammatory response characterised by intense pain and joint effusion (swelling).

The damage to collagen fibres is such that there is a complete rupture of the ligament. This produces intense pain, joint effusion and marked joint instability. Surgery may be necessary to restore joint stability.

As with other soft tissue injuries, ligament healing consists of inflammation followed by repair and then remodelling.

The inflammatory phase follows trauma to collagen fibres and lasts for 3-5 days, depending on the severity of the injury. Chemicals are released which produce pain, and there is bleeding in the tissues. This, together with fluid from damaged cells, produces swelling within the joint, putting pressure on nerve endings and causing more pain.

Rehabilitation time can be greatly reduced by appropriate treatment in this acute stage. This consists of protecting the injured part from further damage (e.g. the use of crutches), rest from activity involving the injured part, ice (never apply ice directly to the skin), compression, elevation and the administration of anti-inflammatory medication.

The repair phase is mediated by blood clotting over the damaged tissue. Blood platelets form a mesh to initiate healing. Also present in the blood clot are fibroblast cells, which proliferate and begin to lay down Type 3 (immature) collagen tissue, between 3-21 days after the injury. The use of electrotherapy in this phase has been shown to encourage fibroblast activity that ultimately provides a structurally stronger ligament.

The remodelling phase follows the repair phase and can last for up to a year. It involves maturation of collagen tissue from Type 3 to Type 1 and realignment of collagen tissue. When it is first laid down, the collagen tissue is haphazard and does not possess a lot of tensile strength. The ligament gradually becomes stronger through being subjected to controlled strain in a functional pattern, which aligns the fibres in a longitudinal fashion. Physiotherapy, in the form of controlled exercises progressing to functional activity, aid this process of remodelling.

Because the remodelling phase lasts for up to a year, there is a potential weakness in the ligament and a risk of re-injury. This risk is reduced by providing additional stability with a strapping, increasing the strength of muscles which also provide support to the joint, and by doing proprioceptive exercises to increase the patient’s sense of joint positioning.